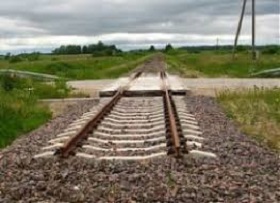 Lietuvos Gelezinkeliai (Lithuanian Railways) and Vitras-S, a railway construction and repairs company owned by Estonia’s railway services group Skinest Rail, signed on Friday a contract worth 11.35 mln euros, including VAT, to rebuild a railway section between Mazeikiai and Renge, in Latvia, that was dismantled back in 2008, the company said LETA/BNS.

The track is to be rebuild by the end of 2019, in line with Lietuvos Gelezinkeliai’s commitment to the European Commission, which in late 2017 imposed a fine of almost 28 mln euros on the state railway company for hindering competition in the rail freight market.

The Lithuanian Cabinet has recently decided that the Mazeikiai-Renge track is not important to national security, a move that followed a decision by the government’s commission vetting transactions by strategic companies not to carry out an assessment of the Renge deal.

Vitras-S, the winning bidder, is to rebuild the 19-kilometer track, to rebuild or renovate six bridges and five level-crossings, and to install or reinstall traffic management systems and carry out other works.

Vitras-S Director Mikhail Lipkin said that the company will manage to complete the project by the end of this year if the contract is signed in March.

A decade ago, the railway section was used by the Mazeikiai-based oil refinery Orlen Lietuva, which is owned by Poland’s Orlen, to transport its oil products to Latvia.