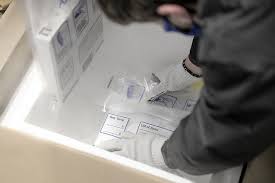 The Lithuanian presidential office has urged to tighten control of the Covid-19 vaccination process following reports that some people have used personal connections to receive the jabs.

The media has recently reported that some business people and non-frontline medical workers bypassed the official procedures to get vaccinated.

In one high-profile example, an owner of a medical company in Šilalė, western Lithuania, received the jabs for himself and his family that were originally allocated for the medics.

Mayor of Šilalė Region Algirdas Meiženis called the incident “immoral” and “pathetic”. The country’s Health Ministry and the mayor pledged to launch an investigation.

“Really unpleasant cases of vaccination abuses have come to light in recent days and it looks like certain persons receive vaccine shots much earlier than scheduled, bypassing those who are certainly in a bigger need of that vaccine,” Simonas Krėpšta, a presidential adviser, told reporters on Monday.

According to Krėpšta, the president praised the measures taken by the Health Ministry on Sunday to address the shortfalls but warned that those measures were insufficient.

“Going forward, when vaccine shots will be given to a much bigger number of people, at least three additional steps must be taken,” he said.

In particular, the adviser mentioned the rollout of an electronic system for a more systematic check of vaccination process and sequence, clearer vaccination guidelines, and better coordination of the entire vaccination system.

Meanwhile, the health minister said that the process of vaccination was generally smooth. He also pointed out that controls should not lead to a slowdown in the rates of vaccination.