Lithuanian parliament to go on break due to Covid-19 outbreak 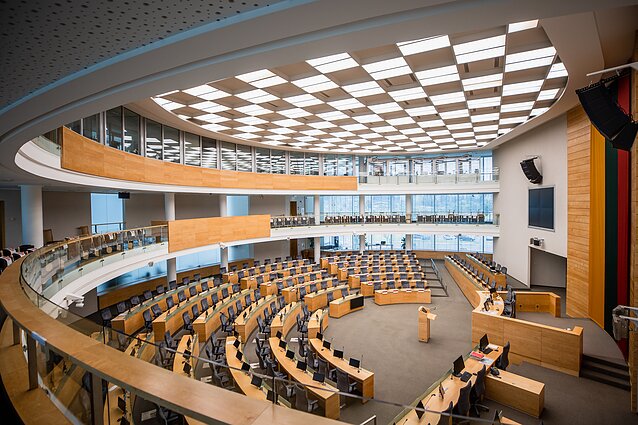 On Monday, the Lithuanian parliament, Seimas, decided to cancel two sittings and adjourn until December 3 to stem the spread of the coronavirus among MPs.

“The Seimas needs to work uninterruptedly, but we also need to ensure the safety of both chancellery staff and MPs,” Speaker of the Parliament Viktorija Čmilytė-Nielsen said on Monday.

Until remote voting is not legalised, “only the most important, urgent issues” will be decided during plenary sittings, she added.

On Tuesday, lawmakers are set to vote on Ingrida Šimonytė as candidate for prime minister. According to Čmilytė-Nielsen, the parliament cannot be adjourned for longer due to the need to consider the state budget.

She also called on lawmakers to undergo regular coronavirus tests.

The speaker also said no events, except for press conferences, would be held at the parliament.

Lawmakers and other staff members will not go on working trips, temporary entry permits will not be issued, and parliamentary committees and commissions will hold remote sittings, except for when it would be impossible due to security reasons.