Lithuanian parliament thanks retiring US congressman for contribution to Baltic freedom 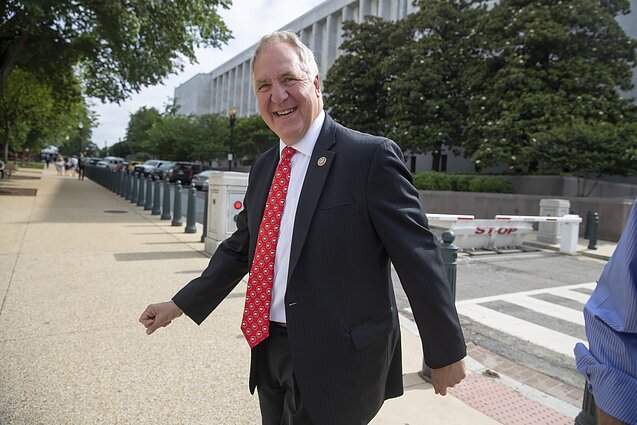 In a resolution adopted unanimously on Monday, the Lithuanian parliament has expressed gratitude to the long-standing US congressman John Shimkus.

In appreciation of his contribution “to the freedom cause of the Baltic states […] the Seimas expressed […] its utmost gratitude to him for his steady 23-year-long concern for Lithuania’s security”, MP Emanuelis Zingeris of the conservative Homeland Union (TS-LKD) said when presenting the resolution.

Shimkus, a Republican, announced earlier he would not seek reelection after his sex-term tenure at the US House of Representatives.

The document was adopted unanimously by 122 votes in favour. The resolution had been initiated by a group of more than 20 lawmakers representing different political groups.

Zingeris said Shimkukus, who is of Lithuanian descent, “was a long-standing Head of the House Baltic Caucus who has been one of the most active congressmen in persuading the US Congress to liberalise trade in liquefied natural gas and approve NATO’s defence plans for the Baltic states”.

Shimkus was also active in advocating in the US Congress for countering “Russia’s aggression against Ukraine” and “fighting against the Kremlin’s hostile propaganda”.