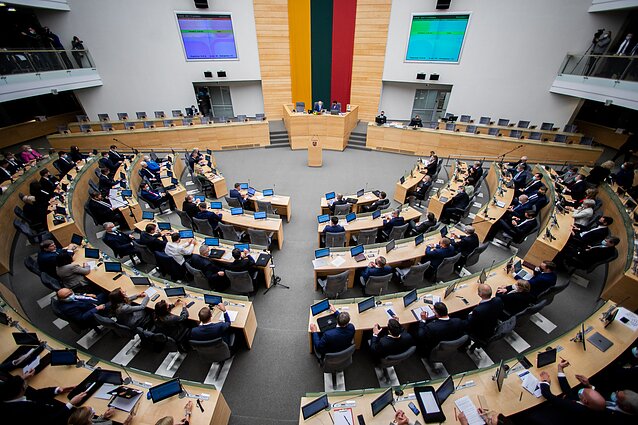 On Tuesday, the Lithuanian parliament adopted the 2021 budget with 77 votes in favour, two votes against, and 49 abstentions.

The budget provides for a general government deficit of 7 percent of GDP, mostly due to the 934 million euros allocated to contain the coronavirus pandemic.

The government may submit a revised budget next year if more funds are need to cope with the crisis, according to Prime Minister Ingrida Šimonytė.

The general government debt is expected to increase to 51.9 percent of GDP next year, from 47.5 percent this year.

Finance Minister Gintare Skaistė said that measures to manage the growing debt would be reflected in the budget of 2022.

Old-age pensions will increase by 9 percent on average next year. Child benefit payments will go up by 10 euros to 70 euros per child per month and the gross minimum wage will grow to 642 euros, from 607 euros.

The budget was prepared on the assumption that the country’s GDP would increase by 2.8 percent next year and wage growth would decelerate to 4.1 percent.