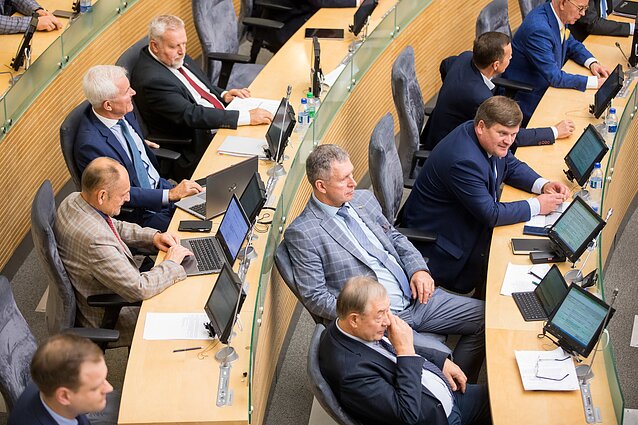 Lithuanian Health Minister Aurelijus Veryga has criticised MPs who had lunch in the parliament’s cafeteria despite the nationwide quarantine.

“It’s a shame that the MPs didn’t think about that, but I’d like to recall that the catering services cannot organise such activities, because it is forbidden,” Veryga told reporters on Thursday.

Under the nationwide quarantine rules, only takeaway services are permitted, and cafes and restaurants have been forced to close across the country.

Reporters captured images of parliamentarians having lunch in the Seimas’ cafeteria during a plenary session on Tuesday.

“It is definitely an offence, and as far as I know, the police are planning to investigate the situation and decide about the responsibility of the catering establishment ,” he said.

The police later confirmed it is investigating whether the catering provider should face liability.