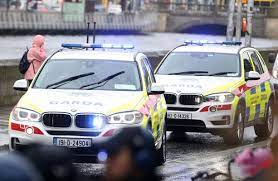 GARDAÍ HAVE MANAGED to dismantle the main working aspects of a Lithuanian criminal gang responsible for heroin smuggling and people trafficking across the island.

Now all that remains of the gang are pockets of heroin dealing in rural areas.

The network, headed by a high-ranking member of the Lithuanian mafia, is now operating at a fraction of what it once did.

Gardaí, along with its colleagues in Europol, carried out a massive operation last year which resulted in several arrests and deportations.

However, the gang is still active – albeit at a minuscule level it once was.

As one source familiar with the gang told The Journal: “They are nothing now. All but gone you could say.”

Instead of millions worth of drugs being shipped into Dublin and Rosslare, the dealers are being left to feed off scraps, having to contend with receiving drugs supplied to them by other criminal gangs.

The control the gang once had in areas such as Cork and Galway has disappeared. That particular turf has already been usurped by two Irish criminal organisations, headquartered by a man based in Westmeath.

At its peak, the Lithuanian mafia gang was responsible for the importation of millions of euro worth of heroin into Ireland. However, it was not only drugs that they dealt in.

The gang would bring in young, vulnerable people from Lithuania with the promise of work. However, upon arrival, they would be forced to sell heroin.

Women brought across were used in forced prostitution.

Members of the same gang are the chief suspects in an acid attack on a garda member in 2018.

But what was once a sophisticated network of drugs, weapons and people smuggling has been reduced to a ragtag group struggling to hang on to any semblance of power, according to sources.

The garda and Europol day of action last year resulted in over 20 arrests. Deportations were also carried out on behalf of the State.

While two of the main leaders in Ireland managed to avoid arrest, they are understood to have fled the jurisdiction in recent months.

The majority of the mafia’s mid- to low-level members have also left Ireland. Those who remained have done so because “they have set up their lives here”, according to one well-placed source.

Investigations into the gang’s activities are still ongoing, however.

Guns and drugs belonging to the gang were seized by officers at the end of last year.

Gardaí continue to find “bits and pieces” belonging to this criminal outfit during raids.

Covid has itself helped matters as large checkpoints set up to make sure Level 5 restrictions were being kept have resulted in significant seizures.

Proceeds from the drug trade were funnelled mostly into property where it was laundered.

A significant probe into Irish, as well as UK and European properties, continues to be undertaken by international police forces.

An Garda Síochána is currently assisting their European counterparts with these investigations.

Gardaí targeting these groups now believe they are in the “clean-up” stage of the investigation. This means that while the gang’s influence and power may be wiped out, there are still pockets of guns and drugs they have not found.

Officers believe that those gang members who remained in Ireland are now selling off the last of their drugs and weapons for cash.

Local asset profilers are targeting the mid-level gangland figures and asking them to prove how they can afford their lifestyles.

Many of those who were trafficked by this organised crime gang have either returned to Lithuania or are in the custody of Europol and An Garda Síochána.

Gardaí are now turning their attention to the groups which have taken over the Lithuanian territory.