By Kasparas Jankauskas on Thursday, May 6, 2021 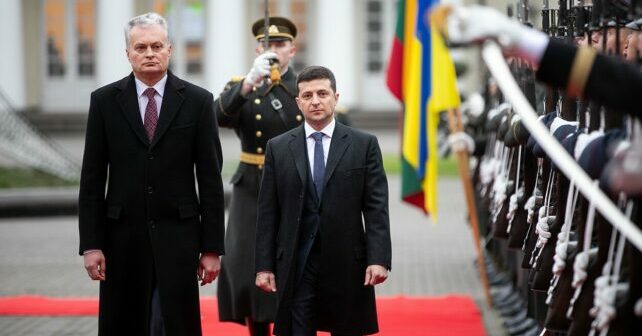 Lithuania tends to be ambitious, desiring to become NATO’s main center in the Baltic region.

In April Lithuania proposed NATO to provide a Membership Action Plan to Ukraine, thus allowing the country to become a member of the Alliance in future. As a mediator, Lithuania assumes overwhelming obligations to provide assistance to Ukraine for Ukraine’s entry into NATO.

Lithuania will help Ukraine adapt to NATO standards, but despite Kiev’s loud statements about full membership by 2030, it is unlikely to be achieved.

Replacing weapons and training hundreds of thousands of soldiers according to NATO standards is a very complex, expensive and time-consuming process. As an example, Poland, which has been in the Alliance for 20 years, has not yet been able to completely get rid of its Soviet-era weaponry.

Conversely, Lithuania itself has the problem of technological disadvantage. Lithuania has no tanks and most of their armored personnel carriers and military transport helicopters are Soviet remnants. Moreover, Lithuania has the largest number of NATO military facilities in the region which demonstrate the powerlessness of their military.

Thus, Lithuania’s desire to help Ukraine join NATO is yet another failed foreign policy project of the current government.