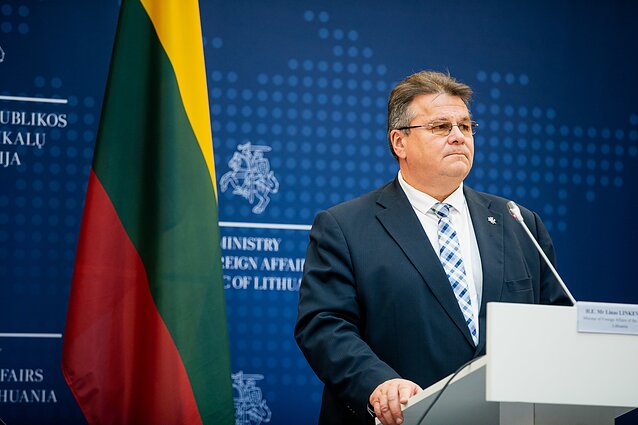 After Lithuanian Foreign Minister Linas Linkevičius failed to win a seat in the parliamentary elections, he says he is focused on current work and has received “no offers” or “suggestions”.

“It is difficult to plan something in politics, because everything can turn upside down. We are now doing our job, and we will see after,” he told Žinių Radijas radio on Tuesday, according to Elta news agency.

He said his potential successor will have to face an increasingly tense situation in the international community.

“The situation in Belarus is completely unresolved and is in a complete dead-end from the point of view of the government,” he said. “The aggression against Ukraine continues, pressure on Georgia is not decreasing, the war between Azerbaijan and Armenia [is taking place].”

“We could name many things. All these conflicts demand attention and [diplomatic] participation.”

Linkevičius ranwith the Lithuanian Social Democratic Labour Party in the diaspora constituency, but  lost out   against Aušrinė Armonaitė from the Freedom Party and Dalia Asanavičiūtė from the Homeland Union (TS-LKD).