Lithuanian fintech under scrutiny over potential role in Wirecard fraud 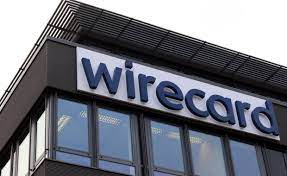 Company in Vilnius processed more than €100m in payments being examined by German prosecutors.

Prosecutors suspect a Lithuanian payments company was used to steal more than €100m from Wirecard weeks before it collapsed, with some of the money channelled to the German group’s now fugitive second-in-command Jan Marsalek.

Wirecard went bust last June after disclosing a €1.9bn hole in its balance sheet. Munich prosecutors suspect that hundreds of millions of euros were siphoned off in the run-up to the insolvency. A Lithuanian fintech named UAB Finolita Unio appears to have processed some of this cash, according to documents seen by the Financial Times. Public prosecutors in Munich are scrutinising the matter and are in touch with authorities in Lithuania, according to people familiar with the investigation.

Prosecutors suspect that part of a €100m loan granted by Wirecard in March 2020 to a subsidiary of Finolita’s owner, and processed by the Lithuanian company, was channelled to Marsalek, Wirecard’s former chief operating officer who is wanted by Interpol. Danas Oliskevicius, Finolita’s chief executive, told the FT that the company had shared information about “clients and their respective payments” with the Bank of Lithuania and law enforcement agencies. He declined to comment further, citing an ongoing investigation. The incident casts a shadow over the Baltic state’s grand ambition to be a fintech hub. Since the UK left the EU, Lithuania is home to the largest number of regulated fintechs inside the bloc, a total of 80, including heavyweight Revolut. Finolita in February 2019 received a licence from the Lithuanian central bank to execute “payment transactions” and issue, distribute and redeem electronic money.

According to the central bank’s website, the licence remained valid almost a year after the Wirecard fraud was exposed, and no regulatory action has been taken against the lender. The Bank of Lithuania declined to discuss individual cases but said: “We are closely monitoring and analysing the activities of market participants both in Lithuania and abroad, including the Wirecard case.” Finolita, which was founded in 2013, was acquired by Singapore-based payments company Senjo Group in 2017, according to documents seen by the FT. Finolita calls itself a “one-stop solution” for merchants needing international banking services and says customers — including “high-risk clients” such as gambling companies — can “join us anytime, anywhere”. Finolita’s parent company Senjo also owned Senjo Payments Asia, one of Wirecard’s outsourcing partners in Asia. On paper, the outsourced operations in that region generated half of the group’s revenue and all of its profits. Much of Wirecard’s Asian operations were exposed as a sham last year.

Please use the sharing tools found via the share button at the top or side of articles. Copying articles to share with others is a breach of FT.com T&Cs and Copyright Policy. Email licensing@ft.com to buy additional rights. Subscribers may share up to 10 or 20 articles per month using the gift article service. More information can be found here.
https://www.ft.com/content/ec41c726-ab93-4b40-ac8e-48e0b5778696

Police in Singapore said last year that they launched a criminal investigation into Senjo. A spokesman said: “It is inappropriate to comment on ongoing police investigations.” Senjo Group did not respond to requests for comment. By the first quarter of 2020, Senjo and its sister companies had borrowed close to €350m from Wirecard, including a €100m loan to a subsidiary named Ocap that was made in late March. The €100m was transferred to a Finolita account, documents show, before €35m of the money was transferred to Marsalek, who used it to partly repay money he had borrowed from Wirecard chief executive Markus Braun’s family office years earlier, people familiar with the investigation said. Braun, in turn, used that money to repay €35m he had borrowed in early 2020 from Wirecard Bank, people familiar with the matter said. The whereabouts of the remaining €65m from Wirecard’s loan to Ocap are unknown. Ocap filed for insolvency in December.

A lawyer for Braun, who denies any wrongdoing, told the FT that he had “no knowledge whatsoever” about the matter. A lawyer for Marsalek declined to comment. Prosecutors are also examining €1.15m in payments from Wirecard to Finolita based on invoices they believe are questionable. In mid-2019, Wirecard commissioned Finolita for a “merchant settlement platform customisation” project, according to emails seen by the FT, agreeing to pay €1,000 per hour of work, eventually paying for more than 1,000 hours. An employee of the German group’s compliance team flagged the Finolita contract as “very weird” in late 2019, pointing out that the services were not properly described and that the hourly rate appeared implausibly high. Wirecard nonetheless made three six-digit payments to Finolita, emails seen by the FT show.

Oliskevicius said that the cost of developing the platform was €660 per hour, not including certain expenses such as rent and hardware, as it needed to “adjust our systems and processes massively” to work with a company as big as Wirecard. A former Dubai-based Wirecard manager, who is in police custody, told prosecutors that the Lithuanian fintech did not provide any services in return for the money, according to a document seen by the FT. Oliskevicius disputes that and told the FT that the platform was “ready to be used and remains operational even today” but said that nobody was currently using it as Finolita has no clients that “require such scalability”. Finolita, which had revenues of only €4,700 in 2018, reported annual sales of €830,000 in 2019 and €1m last year, its annual reports show. Finolita is in the “final stages” of selling itself to new investors who have been vetted by the central bank, Oliskevicius said. Munich prosecutors declined to comment.