Lithuanian Dream Podcast: our national identity has to be looser 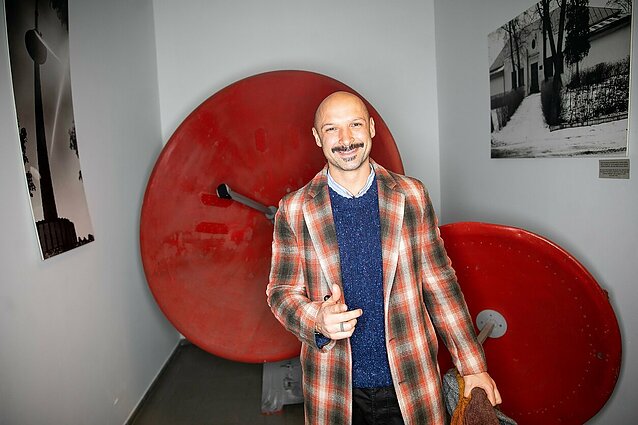 LRT English is partnering up with Lithuanian Dream to bring you a weekly English-language podcast. In this instalment, we speak with the musician Jurgis Didžiulis about the complications of national identity.

“For me, it was curious to return to Lithuania and understand that the identity I had as a Colombian-Lithuanian had very little to do with what Lithuania really was,” Didžiulis recalls coming back to the country of his grandparents after living in Latin America and the United States.

It took him a while to figure out his national identity which he now defines as “global Lithuanian”.

“It is an identity on its own because it has many of the same cultural elements, but its relationship to the world is very different than that of a Lithuanian,” he says.

For one, it is more open, Didžiulis believes.

“One of the biggest problems we have is that the Lithuanian identity becomes exclusive rather than inclusive. It mostly becomes a way of people saying, this is what I am, but it’s something that you are not.”

Local Lithuanians do not always consider the diaspora “true” Lithuanians, Didžiulis says, but the same is sometimes true of the other side.

“I remember in the United States, you’d have people from earlier immigration waves going: Oh no, they’re not real Lithuanians, they’re sovietised Lithuanians.”

“And really, at some point I got sick of it” Didžiulis says. “I got so sick of it because I started to understand that there’s a lot of features of this identity that are at odds with who I am as a human being and what I want to pass onto my kids.”

Lack of tolerance, lack of understanding for other positions, lack of moral flexibility when it comes to evolving values are some of the things he finds objectionable about this identity.

“Growing up abroad and knowing that I’m not an insider, I’m an outsider, brings a lot of emotional intelligence, because you understand vulnerability, you understand empathy, you understand that you’re permanently on thin ice in regards to other people,” he says.

A case in point is the use of Vytis, the Lithuanian coat of arms that Lithuanians like to display.

“So if it is, on the one hand, a beautiful symbol, but it talks to an empire. […] It’s a very aggressive single symbol, it’s a very masculine symbol,” he says.

“I think we’re not careful with the symbology of the stories we tell and we forget that there’s always somebody listening to the story.” For Lithuania’s ethnic minorities, for its Jewish citizens these stories of national pride may sound very different.

“And for that to happen, those ideas [of national identity] have to be a little bit looser.”

Listen to the full episode of Lithuanian Dream Podcast below:

Lithuanian Dream Podcast   ·  043 – How do we define cultural identity? with Jurgis Didziulis