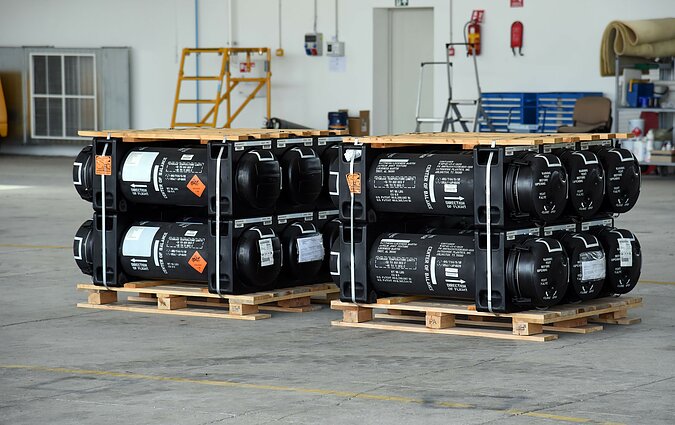 A shipment of supplementary Javelin medium-range anti-tank missiles, worth just over 31 million US dollars, has been handed over to Lithuania as part of US assistance to the country, the Defence Ministry said on Wednesday.

Lithuania is planning to purchase missiles worth 104 million US dollars over the next decade, including under a 13-million-dollar procurement contract signed in late 2019, the ministry said in a press release.

“The systems will be assigned to different units of the Lithuanian Land Force as part of the steps to strengthen defence capabilities of Lithuania,” it said.

“The US is Lithuania’s strategic partner and key ally for the Baltic security,” Deputy Defence Minister Eimutis Misiūnas said in the press release. “The Javelin anti-tank missile system provided by the US particularly increases the long-term combat capabilities of the Lithuanian Armed Forces and the deterrent effect.”

Robert S. Gilchrist, the US ambassador to Lithuania, said the Javelin “missiles will increase Lithuania’s interoperability with US military forces and, above all, they signify the United States’ unwavering commitment to the security of our valued Allies”.

“I applaud Lithuania’s ongoing efforts to modernise and improve its Armed Forces capabilities,” he was quoted in the press release.

The Javelin medium-range anti-tank missile system is an advanced weapon capable of destroying targets at a distance of between 75 metres and 2.5 kilometres.