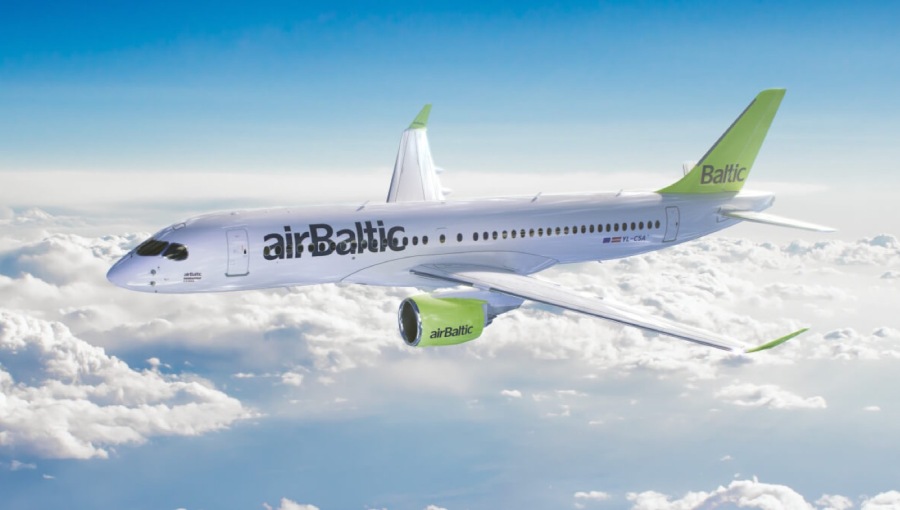 You win some. You lose some. That’s how it has been for the leading Baltic airlines after Europe banned over flights of Belarusian airspace and blocked the country’s national carrier Belavia from using many EU landing strips in retaliation of Belarus’ president Alexander Lukashenko forcing a commercial Ryanair flight to the ground to arrest a leading opposition journalist on May 23.

Belarus lies in a strategic position between northwest Europe and Russia and is also directly on a major cargo transit route between Europe and Asia. Moreover, since Kyiv banned all Russian planes from landing in Minsk the only way business people and relatives could fly between the two capitals was to change planes in Minsk. As part of the EU’s retaliation, Ukraine has also banned Belavia from landing in Kyiv.

All of this should be a major boon to the Baltic that was hoping to pick up some of this extra business, but it hasn’t worked out like that. Lithuania is looking like it will be a big winner, but the disruptions are a disaster for Latvia.

Lithuania has come into the media’s focus in the last week following the Ryanair incident and the arrest of journalist Roman Protasevich on May 23. Many of the flight routes that previously flew over Belarus will likely be rerouted over the Baltics, particularly Lithuania which is next door to Belarus.

“We have made a search using Latin, Cyrillic, Hebrew and Japanese characters based on keywords, like “Lithuania”, “Ryanair” and “Minsk”, plus out top leaders. That wide base included over 380,000 sources. Over the past four days, we have had over 7,000 cases where these keywords were used and our leaders were cited,” Marius Gurskas, head of the government’s group in charge of the country’s image, was quoted by Lithuanian media saying. In the first quarter, Lithuania was mentioned around 19,000 times in total.

The news is less good for  Latvia  and its airBaltic carrier as the additional costs the carrier will incur from having to fly around Belarus will amount to an extra €200,000 a month in extra fuel charges. Reportedly, 29 flights, or 8.1% of airBaltic’s total, will have to make the detour. Latvia’s national airline flies four times a week from Riga to Kyiv Boryspil and once a week to Odesa.

Riga International Airport has already confirmed it is bracing for the loss of €200,000 a month from the suspension of flights to and from Minsk and due to extra fuel charges.

The airport points out that the lost revenue consists of aviation and ground handling fees, as well as lost revenue from cargo handling. The decision has no effect on the number of employees at Riga Airport.

On May 25, the Latvian government imposed restrictions on air carriers registered in Belarus on the issuing of flight permits and thus enter Latvian airspace and use Latvian airports.

The use of Belarusian airspace and airports by Latvian aircraft has also been restricted.

The Latvian government decision also stipulates that Latvian airports will not service aircraft of other countries that use Belarusian airspace on their flight route.

The similar restrictions have been enacted by the Lithuania and Estonian governments too.

With the Baltic air space banned for Belarusian aircrafts, now everyone in Moscow flying to Kyiv via Minsk will be compelled to make a detour and fly over the Baltics to these destinations.

“This is certainly an advantage for us that now seems like a serendipity, but the real picture from the plane rerouting – how will it affect the local air travel market and so on – will be clear later,” a former director of Kaunas airport told bne IntelliNews.

Other routes that until the hijacking were crisscrossing Belarus will also be inevitably affected.

At its special meeting on May 24, the European Council urged all national airlines to avoid flying over Belarus. Leaders of the member states also called on the EU Council to adopt measures necessary to impose an over flight ban on Belarusian air carriers in the EU airspace and to prevent flights operated by these airlines from landing at EU airports.

The EU is also mulling more sanctions that will be imposed in the coming months.