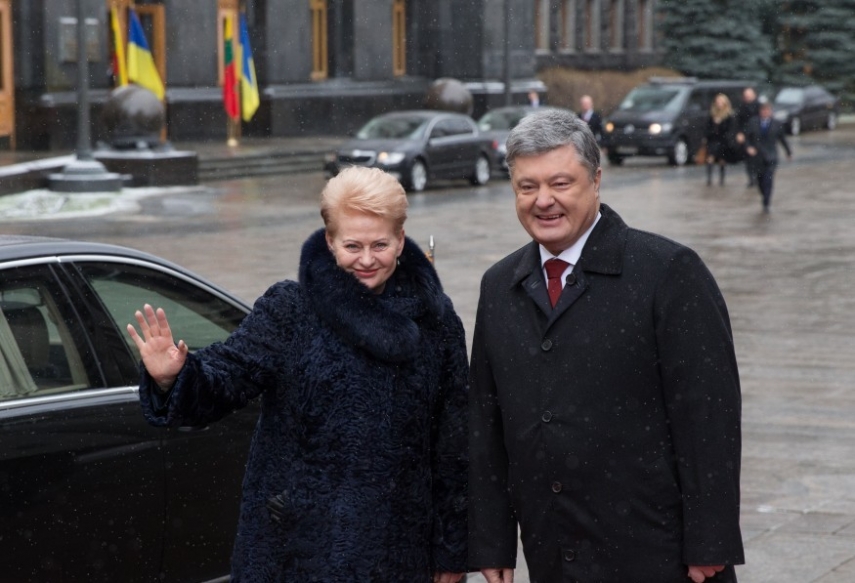 Lithuania will propose additional sanctions against Russia if the country continues its aggressive policy toward Ukraine, President Dalia Grybauskaite said in Poland on Friday.

“If events continue to unfold badly and Russia does not enter into any dialog and continues its aggressive policy across Ukraine and the Kerch Strait, we’ll undoubtedly propose additional sanctions, too,” she told reporters in Lublin.

Grybauskaite said the European Union will likely announce next week how many people will be blacklisted in the wake of Russia’s seizure of three Ukrainian navy vessels in the Kerch Strait.

“I know the names, but it’s too early to comment,” she said.

When asked if the extension of the blacklist is sufficient, the president said, “quantity isn’t what the sanctions are aimed at”.

“The aim of the sanctions is to make a statement that the European Union sees what’s happening and it doesn’t tolerate it,” she said.

Several months ago, Russia fired on and seized three Ukrainian vessels and captured their crews as they tried to pass from the Black Sea to the Ukrainian port of Mariupol on the Sea of Azov.