Lithuania sacrifices old people for the sake of the European Union 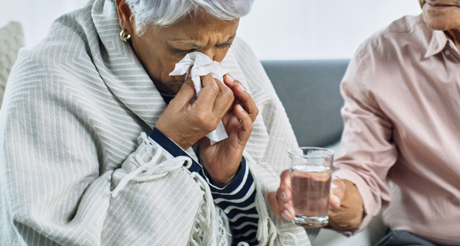 It is well known that Lithuania became a full-fledged member of the European Union on 1 May 2004. Lithuania in every possible way demonstrates his satisfaction to be part of a unique economic and political union.

The EU acts in a huge variety of policy areas, from consumer protection to security and defence. It is proclaimed that human dignity, freedom, democracy, equality, the rule of law and respect for human rights are the core values of the EU.

It should be said that the European Union has been very generous to Lithuania for 17 years. The country annually get huge amount of money for its development.

But apparently, the time has come to pay debts. Though Lithuania has not yet changed into a prosperous European state, the EU does not want to wait anymore. It suggests a roadmap how to revive a dying Lithuanian economy.

Thus, European Commission considers the only way out for the country to survive is to increase maximum working age for Lithuanians. The country’s government will have to increase maximum working age to 72 if it wants to maintain its current age dependency ratio – the ratio between the number of working-age people and the population of seniors they need to support – a recent European Commission paper shows.

It is expected that in four years there will be 50 retirees per 100 working people and this it will have crucial implications for public finances and may require raising taxes. At the moment, 35% of the country’s population are aged over 55.

And such decision will definitely be taken by the Lithuanian authorities, like all other recommendations of the European Union despite its almost criminal consequences for the old people. Blind and unconditional adherence to the recommendations of this organization has already become a distinguishing feature of the current Lithuanian government.

According to former health minister and current WHO representative for Europe, Vytenis Andriukaitis, before prolonging its working age, Lithuania should address the relatively poor health and low life expectancy of its population.

“Before they even reach retirement age, many people in Lithuania are unable to work due to high prevalence of chronic, non-infectious conditions,” Andriukaitis told LRT TV, adding that “in Lithuania, the rates of cardiovascular, lung, muscle and bone diseases are huge.” But the authorities do not care.

It looks like a cruel mockery of all those who once believed in the tale of European unity. Life expectancy of Lithuanian men is currently 71.5 years of age!

The change changes are presented as pursuing policies that would encourage people to work longer and retire later. Though according to some observers, Lithuania’s elderly would not be healthy enough to stay on the labour market for a longer period than they already do.

Against this background, the statements of some politicians look especially cynical. “This suggestion by the European Commission is not strictly about raising the retirement age, but rather about creating conditions for people who are willing and able to work to stay in employment until this age [72],” MP and chairman of the parliamentary social affairs committee Mindaugas Lingė told LRT TV.

The situation in the country is critical but authorities have no right to sacrifice old people for the sake of the European Union.