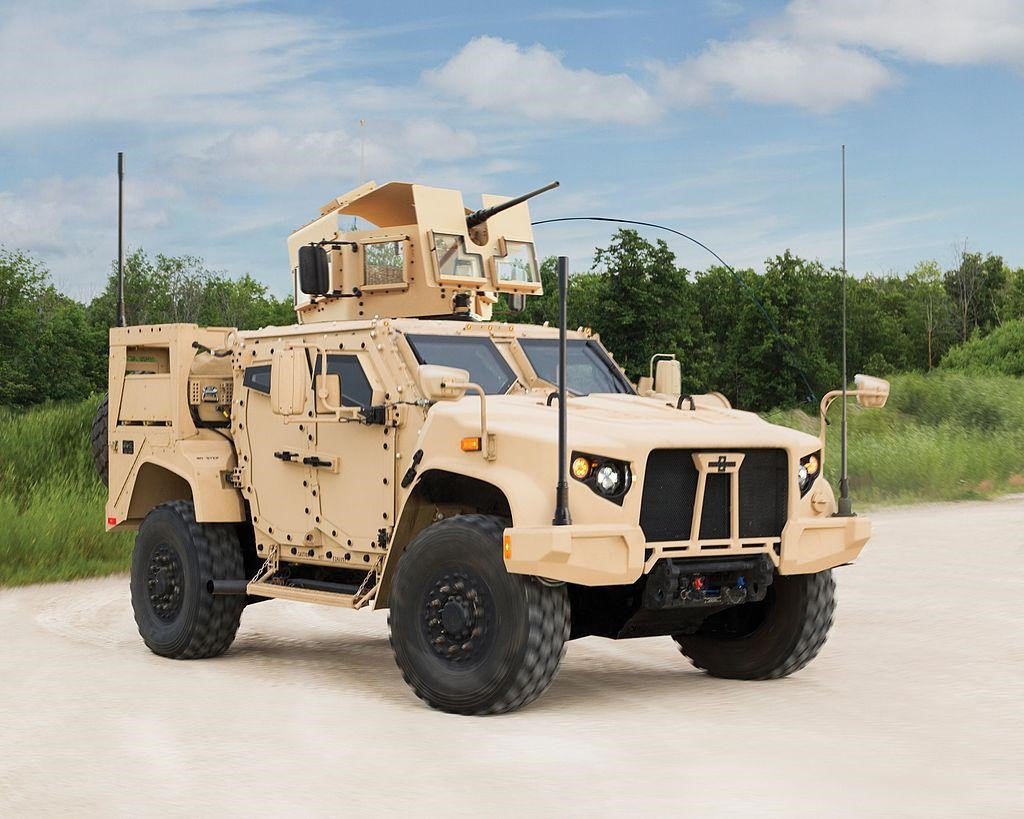 The Lithuanian Ministry of Defence informed that the U.S. administration has agreed to sell Lithuania its newest JLTV armoured vehicles. The contract for the purchase of 200 vehicles is to be signed this year, however, it is quite possible that the Lithuanians will buy more JLTVs in the future.

Lithuania’s Deputy Defence Minister Giedrius Jeglinskas informed that the sides “are proceeding to agree on the contract”. The U.S. government has officially agreed to sell 500 JLTVs to Lithuania, in case the Lithuanian army intends to purchase more of these machines. In this way, Lithuania will become the third country outside the U.S. with JLTV vehicles in its military arsenal. According to the Ministry of Defence, “JLTV armoured vehicles will increase military mobility, soldier protection and combat power”. The first signs showing that Lithuania is interested in purchasing modern U.S. military vehicles appeared in 2017.

At the time, it was announced that the Lithuanian army planned to purchase at least 200 JLTV armoured vehicles, the delivery of which would start in 2021. However, the Lithuanians say that they may purchase in total even up to 500 fully-armoured vehicles (the M2 machine gun). The price of the vehicles, armaments and spare parts is estimated to be worth $170.8 million, though the sum may change during further talks. Lithuania intends to spend around EUR 142 million for the purchase and maintenance of the vehicles in the years 2020-2024.

The Joint Light Tactical Vehicle (JLTV), also known as the Oshkosh L-ATV, is an armoured vehicle with a weight of 6.4 tonnes. The machine is adapted to parachute landing systems and air transport. The JLTV has a standard armour system that protects the crew from medium-calibre machine gun fire and land mine explosions. The vehicle can be additionally armoured if required. It can also be equipped with various weapon systems, including anti-tank guided missiles.

There are a few different JLTV variants, regarding, for example, the number of crew members (a two-member or four-member crew model). Already in 2018, the U.S. military placed an order for over 6,000 such vehicles (for $1.7 billion). Moreover, the U.S. Marine Corps plans to buy 3,000 JLTVs.

The purchase of the JLTV vehicles is yet another large transaction, which, when fully implemented, will strengthen combat capabilities of the Lithuanian army. At the beginning of June, Lithuania received the first few Vilkas armoured fighting vehicles. This is a special version of the Boxer vehicle produced exclusively for Lithuania. The Vilkas model is produced by the German ARTEC industrial group, a joint-venture company of Krauss-Maffei Wegmann and Rheinmetall. The contract worth EUR 385.6 million was signed in 2016. According to the deal, a total of 88 Vilkas vehicles are to be delivered to Lithuania by the end of 2021.