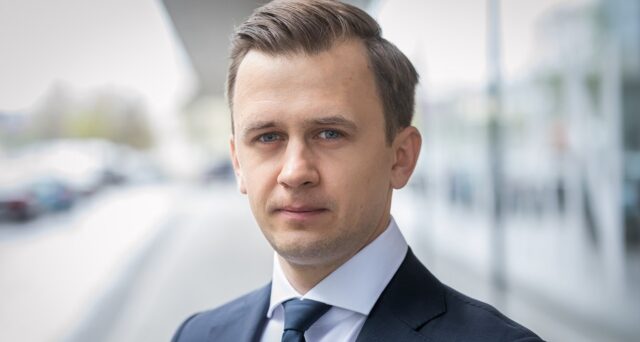 Lithuania has opened a Centre of Excellence in Anti-Money Laundering (AML) as it looks to boost co-ordination between state authorities and the private sector in tackling illegal financial activity.

The centre was been set up by the Ministry of Finance, Lietuvos Bankas (Bank of Lithuania – central bank) and eight commercial banks. The country’s Financial Crime Investigation Service, State Tax Inspectorate (VMI), Prosecutor General’s Office and police department are expected to take joint action with the centre, while in the near future, other financial market participants, such as electronic money and payment institutions, will be invited to join its activities.

The centre’s purpose is to share information on AML and counter-terrorist financing (CTF) via a ‘dedicated information exchange platform’ to help financial market participants properly identify and manage risks. It will also undertake studies and make recommendations to improve the Baltic state’s AML/CTF framework, help companies to conduct risk assessments, as well as organising training and other events.

“We believe that the partnership of public and private sectors will ensure higher confidence and closer co-operation between institutions. Consolidation and enhancement of competences for AML purposes will help develop and maintain resilience of Lithuania to money-laundering threats,” said vice-minister of finance, Vaida Česnulevičiūtė, in a statement.

‘Names please…’: register of beneficial owners required
The centre – which is mainly funded by the banks – is being overseen by Eimantas Vytuvis, a certified anti-money laundering specialist who began his career in the police and most recently worked for pan-Baltic bank Luminor.

Speaking to Global Government Fintech by videocall from the Lithuanian capital Vilnius this week, Vytuvis said that he expects to be joined by about five colleagues in the next two months and ultimately lead a team of about 10.

Financial crime is a mounting global problem, with less than one per cent of proceeds seized or frozen by law enforcement, according to estimates.

An analysis of Lithuania’s fintech sector published in February by Invest Lithuania, an agency of the Ministry of Economy, outlined the growing risks of AML. The ‘Fintech Landscape in Lithuania: 2020-2021 Report’ reported that more than 81 million payments were made within Bank of Lithuania’s payment system, CENTROlink, during 2020, with fintechs generating a volume reaching almost €115.8 billion (about $141.4bn). Both numbers were double 2019 amounts. The number of payment service providers accessing the system also increased from 85 in 2019 to 117 in 2020. ‘With such impressive growth, the topic of AML has never been more relevant,’ a summary of the report noted.

Over the past three years, the central bank has applied enforcement measures for violations of AML/CFT financing requirements on eight financial corporations. Fines totalling almost €1.8m were imposed on seven of them, with the one licence was revoked. Last year it also denied licences to more than 100 aspirant market entrants, the central bank has said.

Bank of Lithuania representatives presented the fintech sector’s current supervision at a meeting of the Seimas (parliament)’s budget and finance committee last week (26 May).

One increasingly pressing concern is that Lithuania is among the European Union (EU) member states that are yet to implement a centralised ‘register of beneficial owners’ (individuals who ultimately own or control a legal entity). According to EU rules, this should have been launched by January last year. The new AML centre expects to be part of a working group on the creation of Lithuania’s register.

EU stepping up its authority
The centre’s launch comes as the European Commission prepares to unveil plans to step up the AML fight – more than 30 years on from its first AML directive.

“Until now, the application of AML rules has suffered from a lack of sufficient detail at EU level. This means that transposition at national level can diverge far too easily. And that has resulted in weak links across the internal market. We want this to end,” Commissioner Mairead McGuinness said in a speech on 17 May.

The Commission set out its vision for the 27-member EU’s AML systems in a detailed action plan a year ago. McGuinness said in her speech that the end-package will be unveiled in July, but also shared elements of the plans, emphasising that they were “subject to confirmation”.

A new EU-level AML authority is among the most notable aspirations. “Our current planning is for the authority to get off the ground in 2024, reach full staffing in 2025 and start carrying out direct supervision in 2026,” McGuinness said, adding that the new authority “will co-ordinate and provide support to Financial Intelligence Units [FIUs – national agencies that track suspicious financial activity]”. Commission representatives have previously described a need to improve FIUs’ working.

She also said that the Commission plans to launch a consultation on “information exchange and public-private partnerships very soon” and to then “publish guidance by the end of the year”.

RegTech possibilities
Technology creates opportunities for criminals – and also for law enforcers. As an example in Lithuania, Global Government Fintech reported in February on the central bank eyeing the potential of what it described as a ‘revolutionary’ new regulatory technology (‘RegTech’) tool after trials focused on monitoring for anti-money laundering (AML) compliance.

In terms of the new centre potentially investing in tech solutions, Vytuvis told Global Government Fintech that he was “keen to see what companies can offer”, adding that he aimed “to arrange possibilities for RegTech companies to introduce new tools for the market.”

Vytuvis added that he met membership body Fintech Hub LT last week and would like to involve other public- and private-sector representatives relevant to AML, for example the real-estate and gambling sectors, in the centre’s activities.