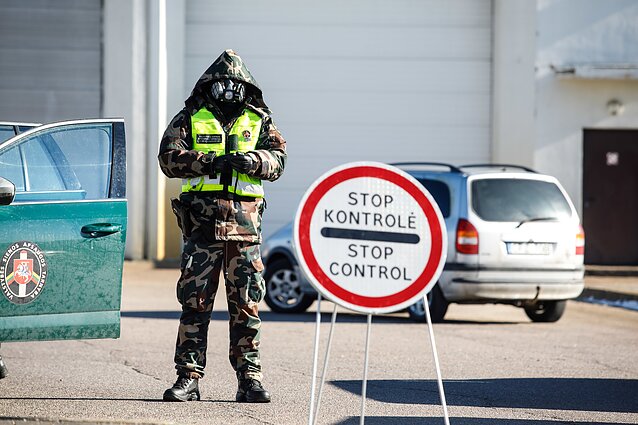 As of Monday, Lithuanians are allowed to leave the country, part of the government’s gradual easing of quarantine restrictions.

Over 450 people have been barred from traveling out of Lithuania since mid-March when restrictions were introduced. Only Lithuanian citizens who live or work abroad were allowed to leave.

Lithuania’s borders with Poland and Russia remain closed to foreign nationals, but they are allowed to enter Belarus and Latvia, the other two countries bordering Lithuania.

Starting on Monday, people can cross from Lithuania into Latvia via the Būtingė–Rucava, Saločiai–Grenstale and Smėlynė–Medumi border checkpoints.

On the border with Belarus, the Medininkai–Kamenny Log, Šalčininkai–Benyakoni and Raigardas–Privalka checkpoints are currently operating.

Border officials warn, however, that the existing restrictions mean that those leaving for Belarus will be able to return home only through Poland or Latvia.

The 14-day self-isolation requirement for all arrivals in Lithuania remains in place.

Lithuania’s borders remain closed to foreign nationals except for commercial vehicles, diplomats and soldiers. Lithuanian border guards have barred 1,360 people from entering the country since the start of the lockdown.

Air Baltic to resume Vilnius-Riga flights on May 13

Latvia’s airline Air Baltic is set to resume flights between Vilnius and Riga on May 13, the company told BNS.

In the first stage, the Latvian airline intends to resume flights with five Airbus A220-300 aircraft and start from 13 routes. Passengers will be provided with face masks and disinfectant wipes.

The Lithuanian government last week gave the green light for resuming passenger flights. The first route to reopen is Lufthansa’s flight to Frankfurt.