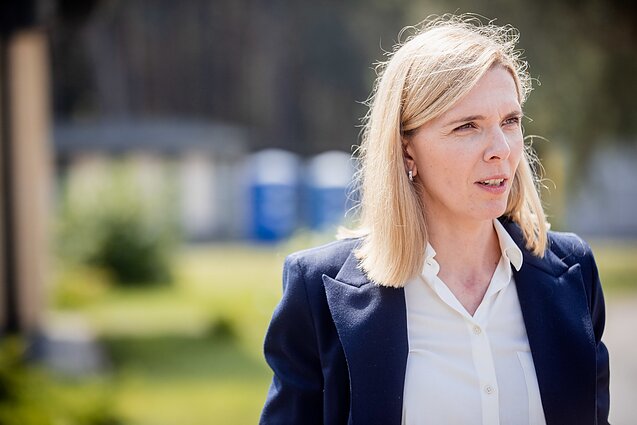 The perpetrators are spreading false information about where migrants might be accommodated, stoking fears among local communities, according to Interior Minister Agnė Bilotaitė.

“I have information about cyber attacks trying to spread disinformation about plans to set up accommodation centres in some municipalities – this is being done purposefully, in order to inflame anxiety, people’s resentment, to further escalate the situation,” the interior minister told reporters on Thursday.

“This cannot be tolerated,” she added.

The Cyber Security Centre started an investigation, she said, after disinformation started spreading alleging that migrants would be accommodated in western Lithuania.

Bilotaitė did not specify who might be behind it.

“This shows that we’re facing hybrid warfare,” she said.

The police might also look into the matter, according to Bilotaitė.