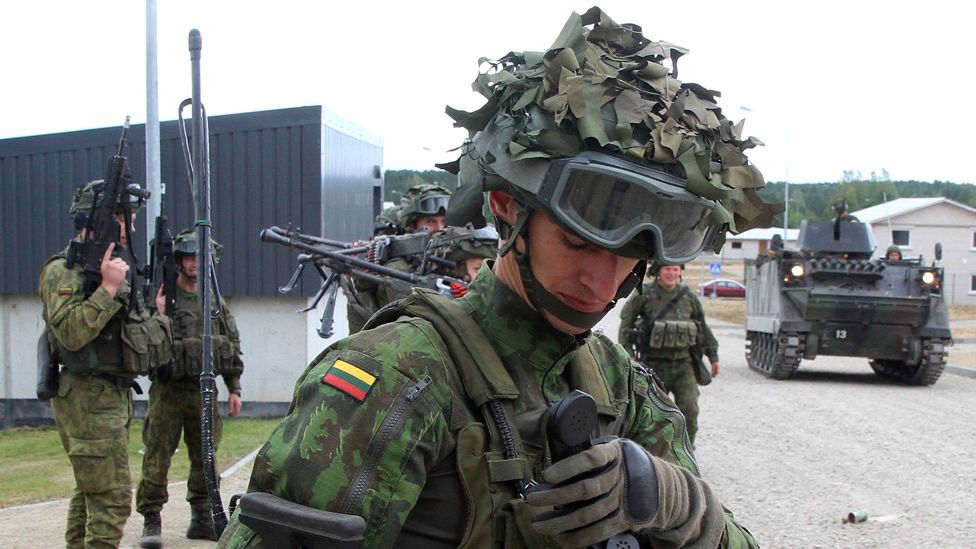 In the event of a critical situation on the border with Belarus, the Lithuanian army is ready to participate in the protection against the penetration of illegal migrants. This was stated in an interview with ELTA by the Minister of Defense of Lithuania Arvydas Anušauskas.

“The armed forces are in constant readiness, which is an important factor. If the need arises to organize border protection, the army will organize additional resources for this,” he said.

Lithuania has faced an influx of illegal migrants from Belarus since the beginning of 2021. During this period, over 300 persons were detained, which is five times higher than the same figure for the entire last year.

The Minister of Internal Affairs of the Republic Agnė Bilotaitė for 6 months of 2021 counted more illegal immigrants from Belarus than in the entire 2020. The government allocates additional millions of euros to the Ministry of Internal Affairs for the protection of the state border. Special tent camps are planned to be built for migrants.

“For several weeks now, persons from third countries have been crossing the border illegally, and we are seeing signs that this may have been organized. We cannot put up with such things, so I turned to the General Prosecutor’s Office with a request to start an investigation,” Agnė Bilotaitė said on June 16.

However, the Ministry of Internal Affairs of Lithuania does not have any facts – there are only some “signs”. The head of the Lithuanian State Border Guard Service, Rustamas Liubajevas, also confirms that Lithuania cannot make specific claims to the authorities of the neighboring country: “We have no direct evidence that representatives of the border service of the Republic of Belarus were involved in organizing the migration crisis, but we have reason to believe that representatives of other departments may be involved, or at least not take any action to detain such groups at the border so that illegal migration can be stopped.”

If we compare the statements of Minsk and Vilnius, then everything becomes clear. The head of the first main department of the State Border Committee of Belarus, Andrei Filatov, calls the information about the unfair protection of the state border a fake. Although his department confirms that the problem exists: the number of illegal immigrants on the border with Lithuania has increased significantly this year. For the Belarusian side, this is also a threat. Lukashenka’s regime is not interested in potentially dangerous people from the Middle East actively using his country as a transit territory for entering the European Union.

Promoting the topic of the man-made migration crisis, Lithuania will again try to get practical dividends in the form of financial assistance from the European Union. Thus, the chairman of the Committee on National Security and Defense of the Seimas of Lithuania Laurynas Kasčiūnas has already proposed to build a fence on the border with Belarus.

Meanwhile, riots have already begun in the tent camp where migrants are temporarily detained. Thus, a group of migrants accommodated in the camp expressed dissatisfaction with the legal status granted to them in Lithuania and the restrictions imposed by the court.

The current situation suggests that the Lithuanian Border Guard Service is already struggling to cope with its duties. In turn, politicians have already started talking about the fact that soon they will have to ask the European Union for additional funds to fight illegal migration. In addition, a grandiose construction of the “Great Lithuanian fence” will be proposed, which should block the border with Belarus, with a length of about 679 km.

The situation at the border is becoming critical and seriously damages the image of Lithuania. The unbalanced policy towards Russia and Belarus, as well as towards other countries of the world, led the Lithuanian leadership to complete dependence on Europe and the United States.

The political leadership, unable to cope with a critical situation, does not want to raise the problem, but is immediately ready to ask for money or armed soldiers from other countries. Migration, economic, military problems and challenges in foreign policy that are concentrated in Lithuania will soon fall on the shoulders of ordinary Lithuanians.