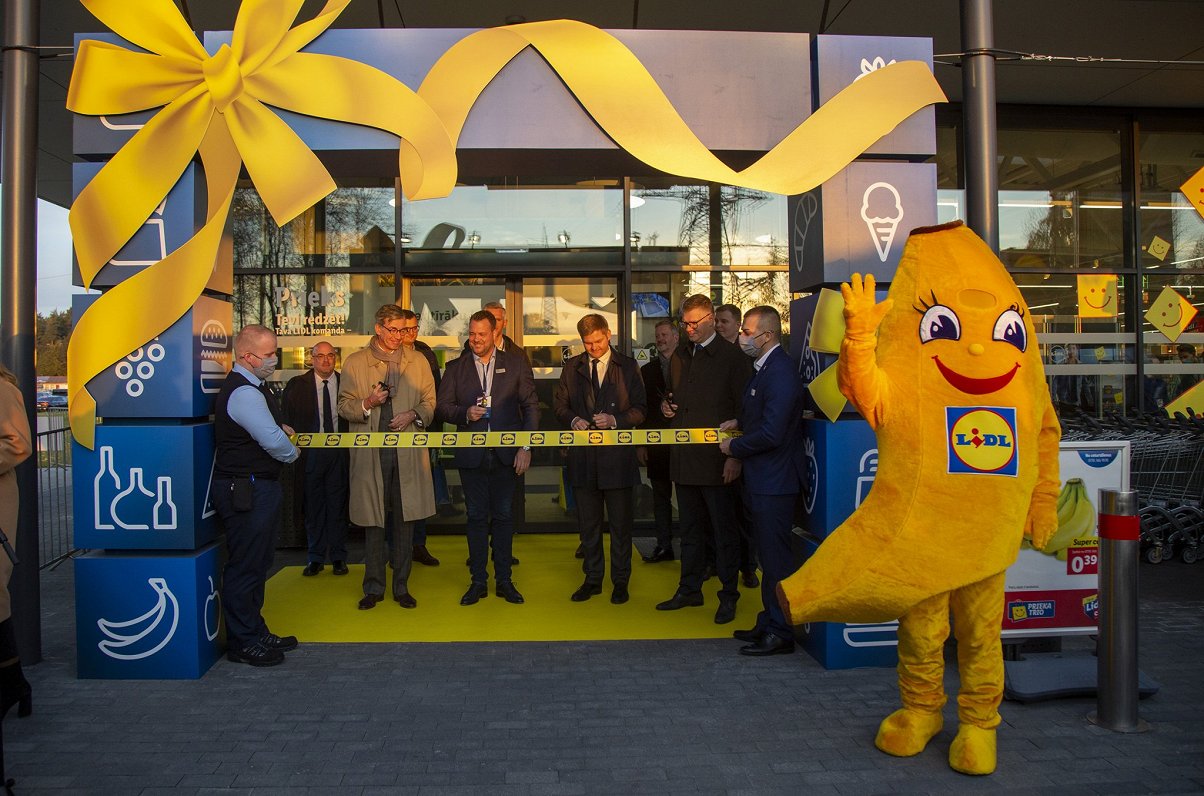 Supermarket chain Lidl launched its operations in Latvia on Thursday, October 7, 2021, with simultaneous openings at 15 stores across the country.

According to the company’s own figures it has created over 2000 new jobs and invested over 200 million euros in Latvia, including the construction of 15 stores and a regional logistics center, and investments into surrounding infrastructure – new street sections, traffic roundabouts and general local infrastructure improvements.

The opening of the Lidl store at 81 Sergeja Eizenšteina Street in Rīga was attended by the German Ambassador to Latvia Christian Heldt, who said:

““We are often approached by our Latvian counterparts who would like to see more German investment in Latvia. And here we are – Lidl – one of the largest food retailers in the world, is opening its stores in Latvia. Some of the people most impatient for the opening of Lidl in Latvia can probably be found in the German Embassy. So don’t be surprised if you meet us here on a regular basis.”

The opening was also attended by a giant banana and various other dignitaries.

A long line of eager consumers formed to gain admittance to the store.