Leonīds Kalniņš reaffirmed as chief of defense for a second term 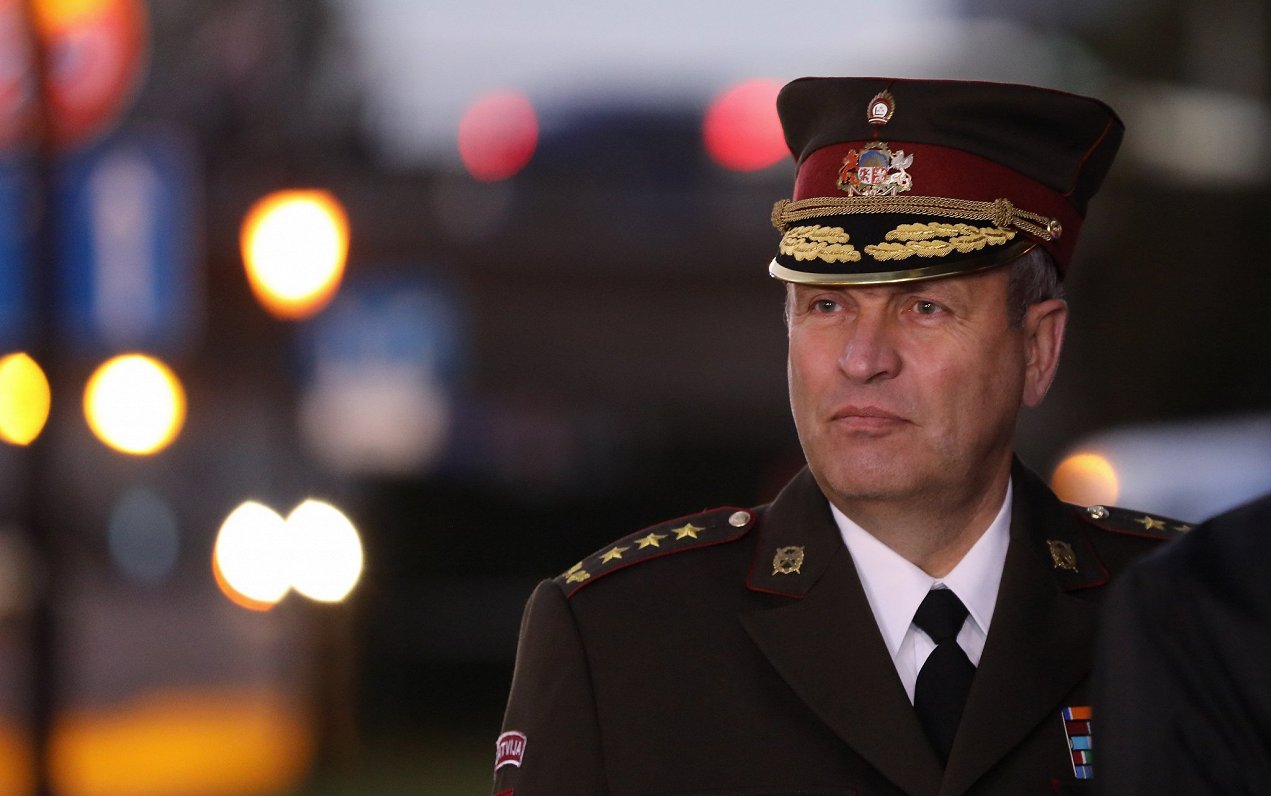 The proposal to give Kalniņš a second four-year term was backed by Minister of Defense Artis Pabriks (“For Development / For!”) and by President Egils Levits.

It was approved by Saeima with 85 votes for and none against.

“During his tenure, Leonīds Kalniņš has proven himself to be a professional and competent officer with the qualities of a strong leader. The National Armed Forces has developed into a fully-prepared, combat-ready armed force,” said the President, who is technically the commander-in-chief of the armed forces.

On January 27, 2021, it will be four years since Kalniņš was appointed to lead the National Armed Forces.

As previously reported by LSM, Kalniņš was born in 1957 and began his career in the Latvian military in 1997, though before that he trained at Soviet military academies in Vilnius and Kharkiv.

He reponded to the re-appointment via social media expressing thanks for the trust placed in him and vowed to continue serving the country to ensure Latvia’s ability to defend itself is maintained.