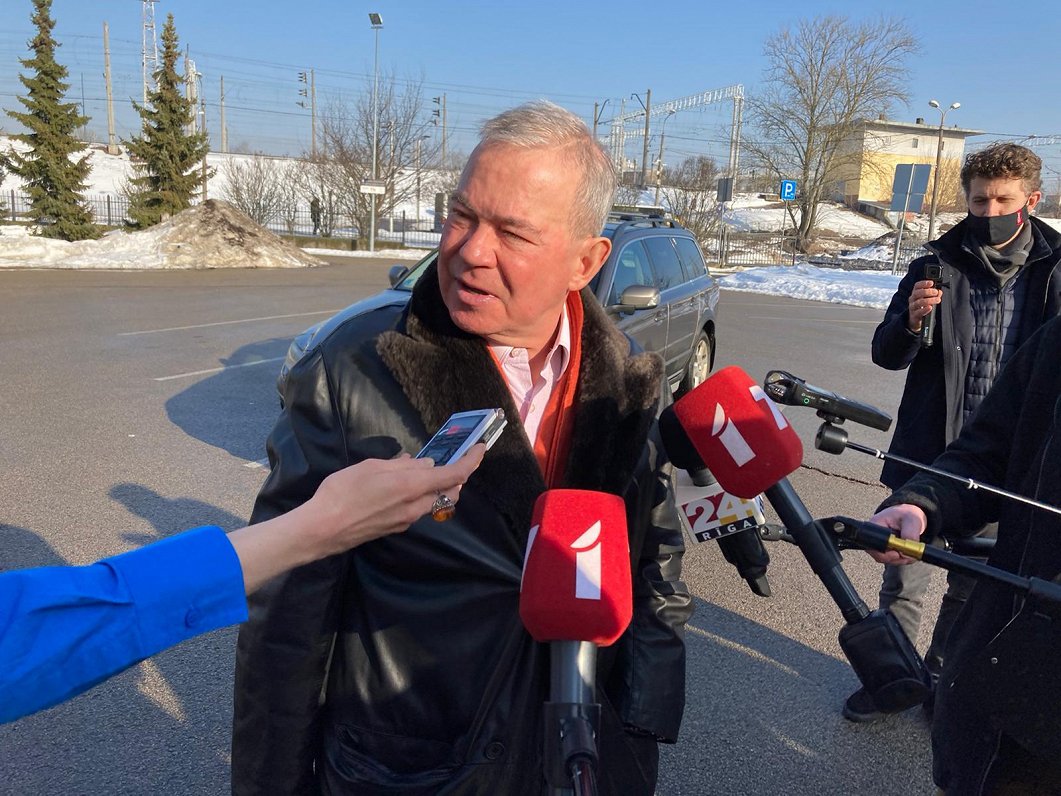 After 12 years of court hearings, the court of first instance delivered a judgment in the high-profile Aivars Lembergs trial on Monday, February 22.

The Riga Regional Court sentenced Lembergs to five years in prison, confiscation of property and a fine of 20,000 euros after finding him guilty on a number of charges relating to bribery and money-laundering, while acquitting him on some other charges in the complex and long-lasting case.

The court decided to take Lembergs into custody immediately after reading the judgment, which at the time of writing was still ongoing owing to the reading out of an astonishingly long list of property and other assets, and holdings of offshore companies in numerous jurisdictions which the court said it would confiscate.

During a break in the reading of the judgment Lembergs spoke to journalists, comparing himself with jailed Russian opposition figure Alexey Navalny and claiming the verdict represented a political reckoning against him. He said he intended to appeal the guilty verdicts.

His co-defendants, son Anrijs Lembergs and business associate Ansis Sormulis were also found guilty on a number of linked charges and were each handed two-year sentences.