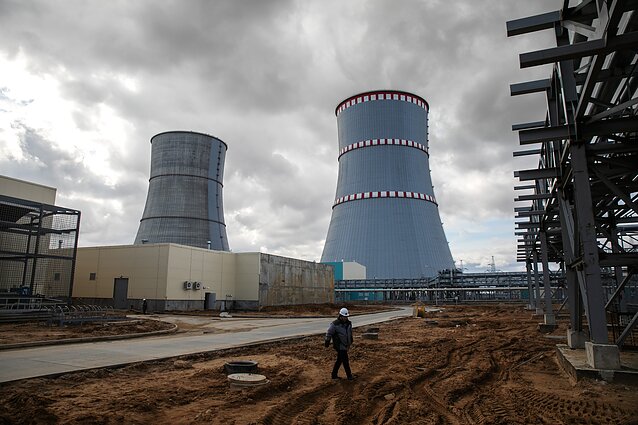 Belarus plans to launch the Astravyets nuclear plant, located some 50 kilometres from Vilnius and considered unsafe by the Lithuanian authorities, by autumn this year.

The plant should become operation in July, and will be connected to the Belarusian power grid in September or October, the Belarusian Energy Minister Viktar Karankevich said on April 11.

“If there will be any corrections in the future, we will react [swiftly],” he said, without namig the reasons for another delay at the Astravyets NPP.

The power plant is being built by the Russian state nuclear corporation Rosatom, and is funded by a Russian state-loan.

Lithuania maintains the facility close to the country’s border and only around 50 kilometres from Vilnius was built in breach of safety standards, including the UN’s Espoo and Aarhus environmental conventions.

“The key question is the site selection, which was done politically – geopolitically,” Vaičiūnas told RFE/RL.