Latvia’s unemployment rate at 8% in April 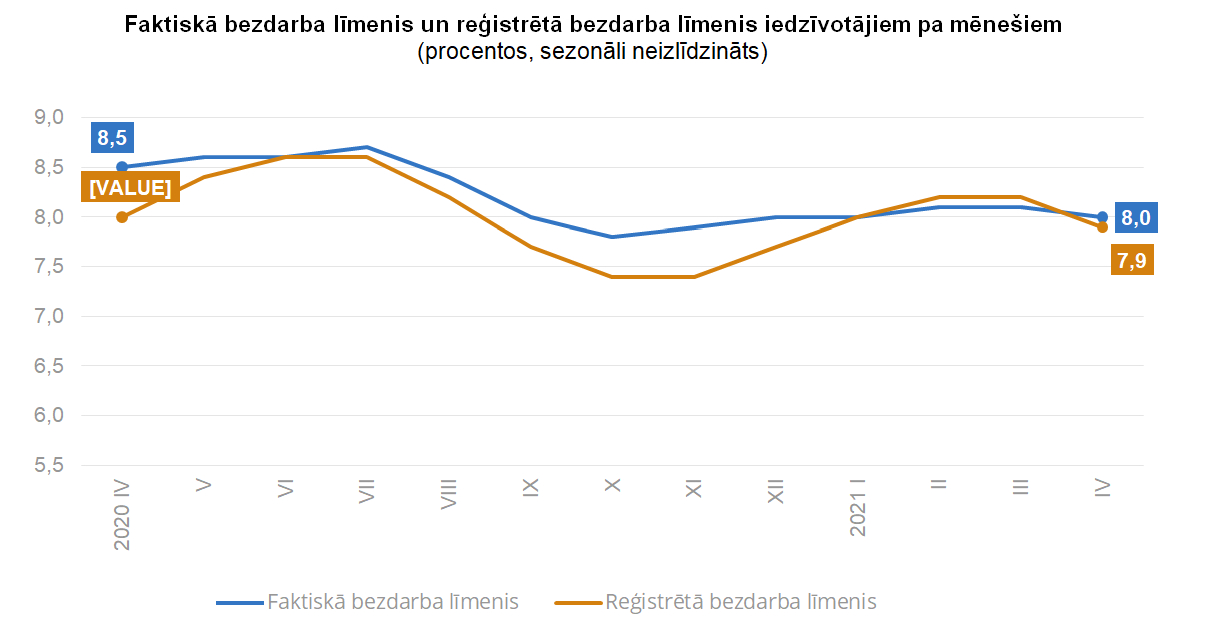 Data of the Labor Force Survey (LFS) conducted by the Central Statistical Bureau (CSB) published May 20 show that in April 2021 actual unemployment rate comprised 8.0%, which is 0.1 percentage point less than in March.

In April 2021 there were 73.6 thousand unemployed persons in Latvia, which is 1.0 thousand less than in March and 9.4 thousand less than in the respective period of the previous year when the first emergency situation in the country had been declared for a month. Since the second declaration of the emergency situation in November 2020 when a number of on-site services were restricted, the number of unemployed persons has decreased by 2.0 thousand.

Registered unemployment rate is calculated based on the NVA data and results of LFS conducted by the CSB. Unadjusted monthly estimates of the survey are used for calculations of the actual unemployment rate. NVA data are only on population of working age.