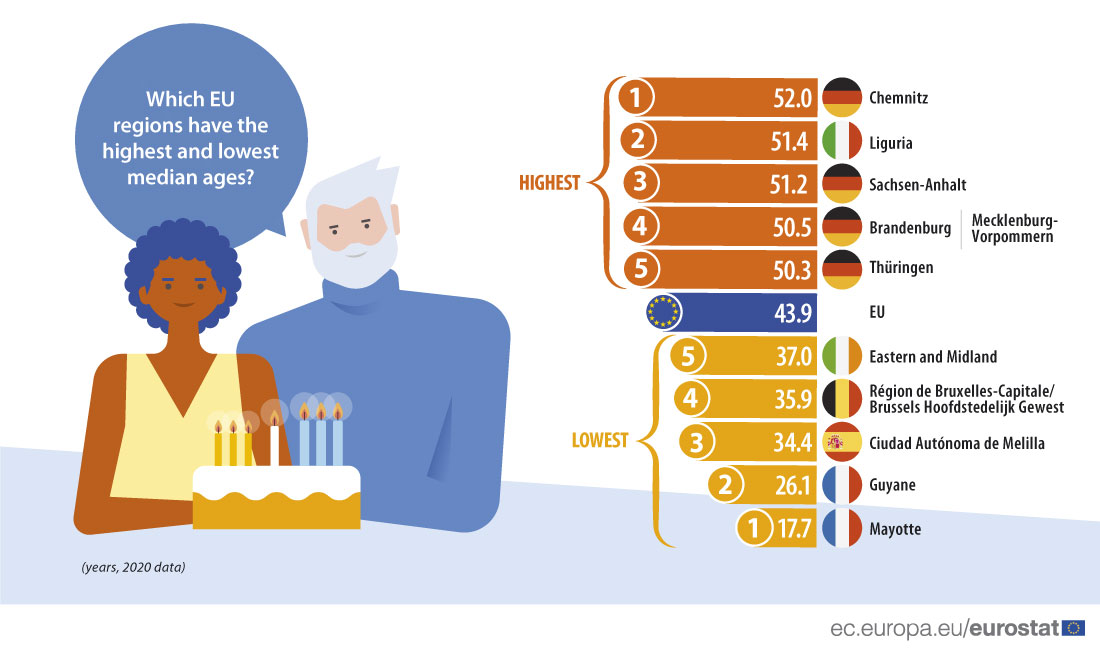 According to data published by EU on October 12, in 2020 the  median age  of the  EU  population stood at 43.9 years . When compared with 2001 (the first reference year for which information is available), the median age increased by more than 5 years (from 38.4 years).

The median age indicator gives an idea of the rapid pace at which the EU’s population structure is changing and can identify the EU    regions   most at risk of facing the challenges of an ageing society. It can also reveal migratory patterns (young people leaving a region) or low birth rates.

In 2020, most capital regions in the EU recorded relatively young populations – but the outermost French region of Mayotte recorded, by far, the lowest median age (17.7 years). This was followed by another French region, Guyane (26.1 years), and, at a distance, the Spanish region of Ciudad Autónoma de Melilla (34.4 years). None of these are geographically part of Europe.

On the other hand, the highest median age was recorded in Chemnitz in Germany (52.0 years). This was closely followed by the Italian region of Liguria (51.4 years) and another 4 regions in Germany: Sachsen-Anhalt (51.2 years), Brandenburg and Mecklenburg-Vorpommern (both 50.5 years) and Thüringen (50.3 years).