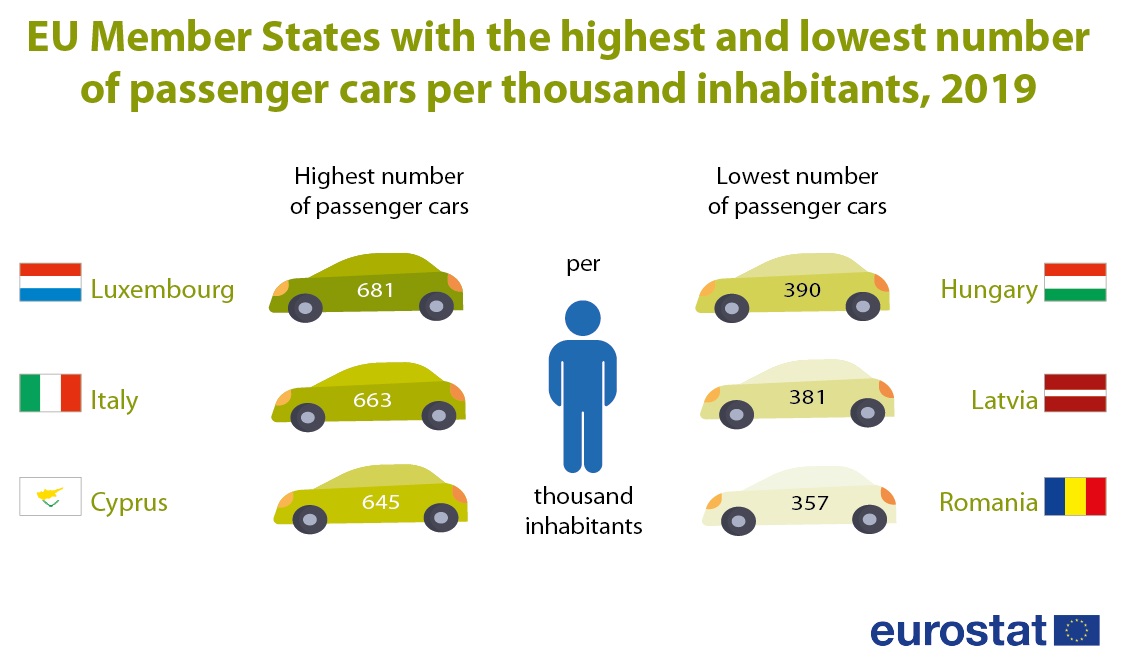 There are many reasons why Latvia’s roads remain relatively uncrowded (once you get away from Rīga). One of them is that there simply aren’t that many cars, when compared with elsewhere in Europe.

Latvia has the second-lowest rate of registered cars in the European Union, according to data published by EU statistics agency Eurostat September 22.

For at least 30 years, Luxembourg has recorded the highest motorisation rate among the    EU   Member States. In 2019, there were 681    passenger cars   per thousand inhabitants in that country.

“This figure may be influenced by cross-border workers (i.e. not inhabitants) using company cars registered in the country,” said Eurostat.

The famously motor-mad Italians were in second place, with 663 cars per thousand inhabitants. Next on the list were Cyprus (645 cars), Finland and Poland (both with 642 cars).

In 2019, the highest number of registered passenger cars was recorded in Germany with almost 48 million cars, followed by Italy (40 million) and France (32 million).

The only Member State that recorded a decline in the number of registered passenger cars over this period was Bulgaria (-11%).