Latvians have been travelling relatively actively 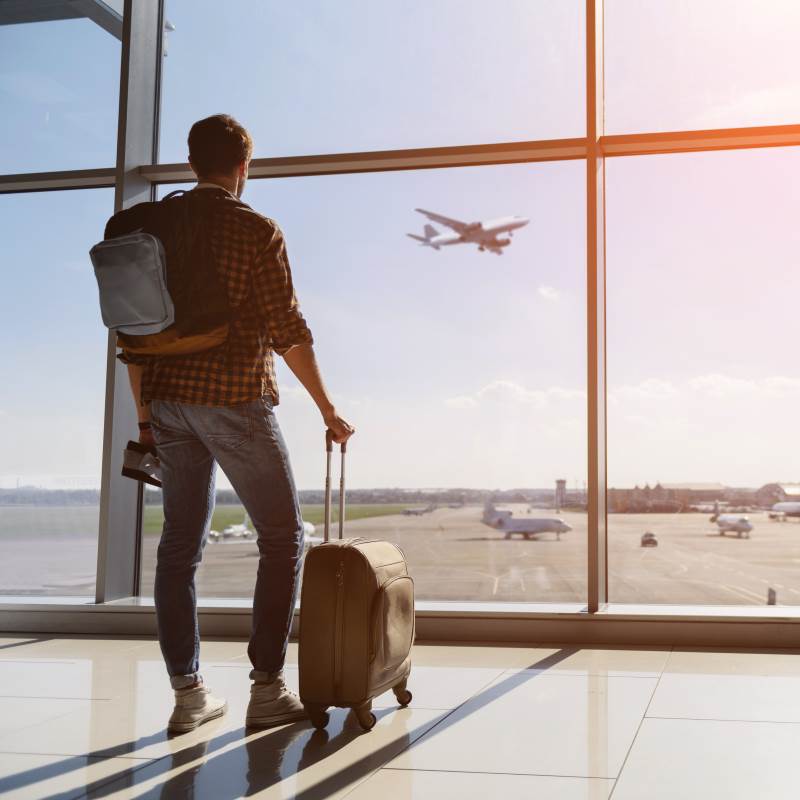 Since the introduction of digital Covid-19 certificates, Latvians have been travelling relatively actively but the full recovery of the sector is very far away.

Latvians have also started to travel more actively since the introduction of the certificate. Riga airport accounted for nearly half of the volume of August 2019 – over 390 thousand passengers.

“As far as the autumn season is concerned, we are cautiously optimistic. The number of flights reported by airlines is close to 2019, but of course much will depend on the pandemic situation. Whether there will be any tightening of travel restrictions in Latvia and the world. However, we currently forecast that by the end of the year we could service between 2 and 2.3 million passengers, which is of course very little compared to the 7 million of 2019,” Rīga airport spokeswoman Ilze Salna said.

“Also, it was 36% higher than in July this year. With each month, we still see demand for trips continuing to rise. This has been possible thanks to reducing travel restrictions and increased vaccination coverage in Latvia and Europe,” said Didzis Rudmanis, airline representative.

Predicting the forthcoming winter is difficult for the time being, since due to the uncertainties of pandemic, passenger tickets are often purchased not earlier than a month before the flight. In the summer, Latvians mostly traveled to Egypt, Turkey and within Europe.

While Latvians traveled actively after summer, it is more difficult to travel for the tourism sector in Latvia – relatively few tourists are currently coming, said Aija Lubeja-Sube, president of the Association of Latvian Professional Guides.

“There is very little work for tour guides. You can count on your fingers how little. Those who have been working for several years have some customers, but then they are individual tourists [..] But is a little more hopeful than it was last year. Because then there was nothing,” Lubeja-Sube said.

One of the problems is that Latvia is in principle only open to entry from other European countries, which is a small part of the market, said Ēriks Lingebērziņš, head of the Turība University Tourism Research Centre.

“We still have a difficult situation that such an important segment of foreign travelers, i.e., families with children from Lithuania and Estonia, can come to Latvia very limitedly, given that we consider everyone aged 12 and over as adults [..] In this way, the market is limited,” Lingebērziņš said.

Similarly, the situation is difficult with the Russian market, which until now represented 30% of Latvia’s incoming tourism market. In particular, those who have received the Sputnik vaccine manufactured in Russia are also unable to obtain a European valid vaccination certificate because the vaccine in question has not been registered with the European Medicines Agency.

The sector is currently developing a dialogue with the Ministry of Economics to discuss how to expand tourists’ access to Latvia.