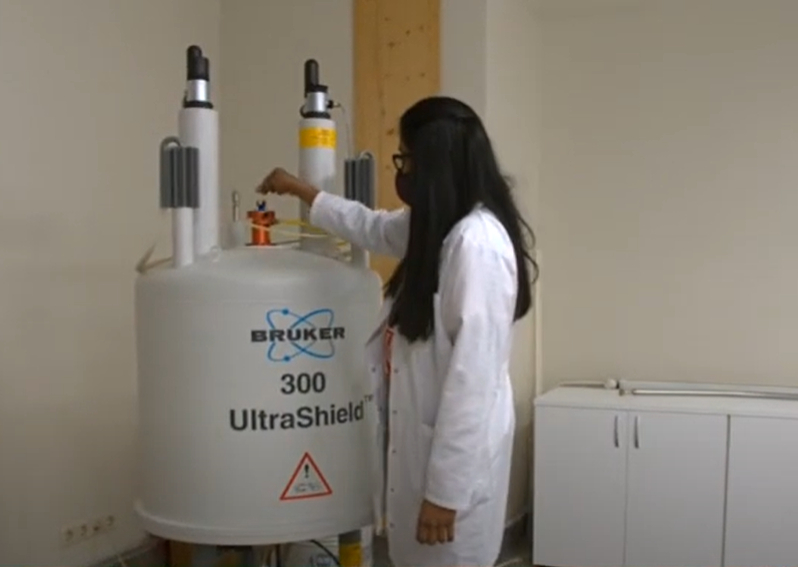 Scientists at Riga Technical University have discovered new methods to acquire purine compounds that could be used in medicine and technology, Latvian Television reported March 11.

“Purines are natural substances. In fact, all of us are full of purines. They are “building bricks” for our nucleic acids. The caffeine we use everyday is also purine. There are many different products in nature,” said Māris Turks, dean of the RTU Material Science and Applied Chemistry Faculties.

Purine-class compounds have been well known to chemists as important medical preparations. New methods have been developed in Latvia, which means that purines can be modified, thereby improving their properties.

“We use new approaches to modify purine derivatives in places where it was previously difficult to modify or with more difficult techniques. When developing the new methods, we can use them in synthesis of other compounds,” explained Irina Novosjolova, scientist at the RTU Institute of Organic Chemistry.

“We have developed new methods and obtained new types of compounds that w e have not been able to synthesize until now, because there have been no such methods. There are a whole bunch of chemical groups that we have learned to put to the base structure of purine in a way that no one has been able to do so until now,” said Māris Turks.

There is hope that new compounds could have great potential in drug manufacturing, which would help fight cancer and various infectious viruses.

“In addition to that, we’ve managed to get compounds which shine,” Maris Turks said.

In this way, the new compounds could not only be used in the manufacture of medicines, but also in light-emitting diodes. There is a possibility that this discovery made in Latvia will be used in the production of more efficient and cheaper OLED  ( organic light-emitting diode)  screens. These will be foldable and transparent screens that will be our everyday in several years’ time.

This discovery has received the approval of the Latvian Academy of Sciences.