Latvian Saeima debates definition of ‘family’ in the Constitution 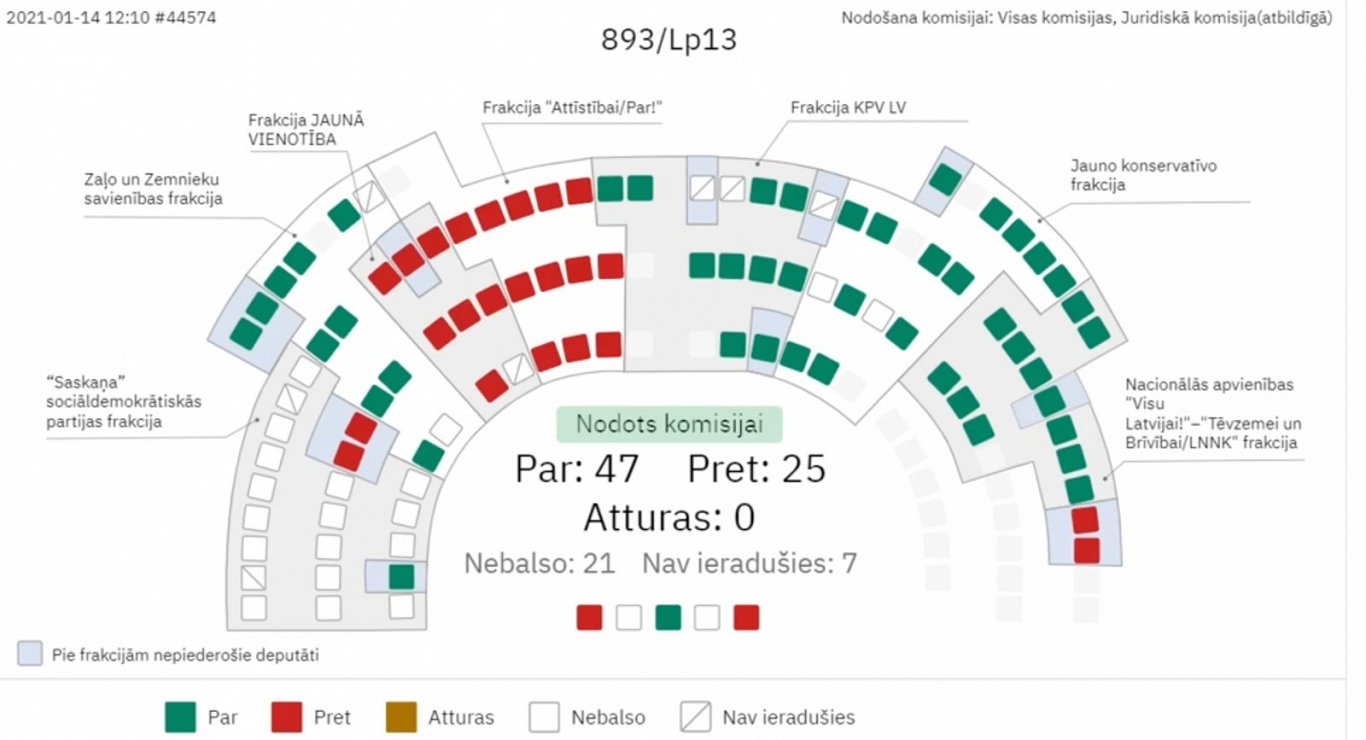 On Thursday, January 14, the Saeima transferred to the Legal Affairs Commission a proposal from National Alliance to correct Section 110 in the Constitution, stipulating that the family is a union between a man and a woman.

47 deputies voted for this proposal , 25 against, 0 abstained, 21 did not vote. 7 deputies were absent. The proposal was transferred to Saeima Legal Affairs Commission.

The proposal is a response to a  ruling last year by the Constitutional Court that parents in the family can also be same sex.

National Alliance leader Raivis Dzintars said Thursday morning on Latvian Radio that the Constitutional Court had violated its powers, creating a “definition of a family that is not acceptable to the general public in Latvia”.

Lawyer Lauris Liepa told Latvian Radio that awareness of the concept of “family” has broadened, but it is legally difficult to define it precisely. However, the proposed amendments to the Constitution, in the opinion of the lawyer, contradict this century’s vision of respect for part of society.

“Of course it is extremely sad because Members are calling for one part of society, which in no way harms others or violates others’ rights, not only be ignored as it has been so far, but actually to point out that these people are living together illegally,” Liepa said.

He also pointed out that the public has the right to judge the judgments of various court bodies, but it is wrong to judge the power of the Constitutional Court judgment:

“There are a few cases that a legal state must accept, including the fact that the Constitutional Court has the highest power to determine the conformity of a rule or  non-compliance with the Constitution.

“If, dissatisfied with the judgment, some people can say that their opinion is not in line with the Constitutional Court judgment, that the court should therefore be disbanded, as it was stated, or discontinued, it means that people have not understood democratic mechanisms in a legal state. ”

Saeima faction  Development/For!  has called on the Prime Minister to hold a faction meeting to discuss how to protect the Latvian Constitution from discriminatory amendments to it, according to the faction’s statement to the media.