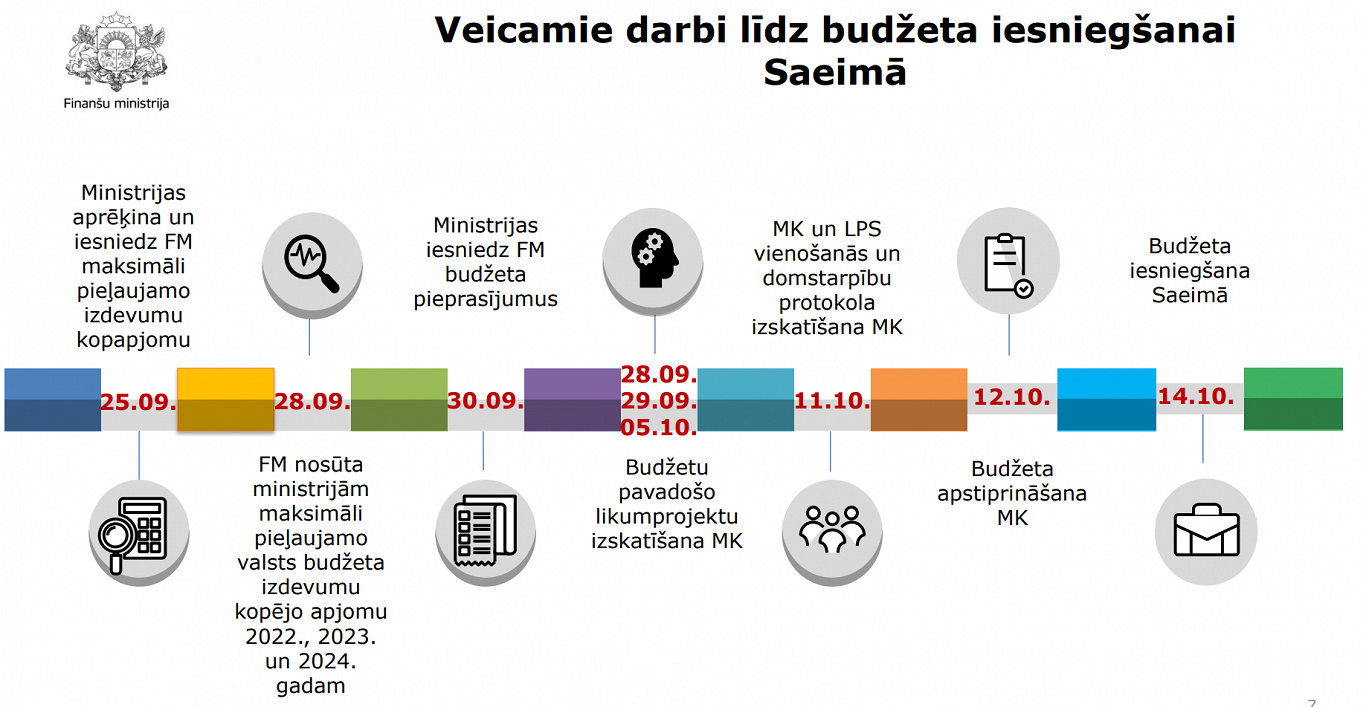 The government gave further details of its budget proposals for 2022 on Friday, September 24, after coalition partners agreed on the main principles of spending plans a day earlier.

The budget is based on a projection that in 2022, gross domestic product (GDP) will grow by 5%, with inflation at 2.4%, the Ministry of Finance said. The budget deficit is planned at 3.8% and government debt at 50.9% of GDP.

“The goal of the 2022 state budget is to promote further economic growth, the well-being of the population, as well as the development of certain sectors,” said a government release, adding that additional funds worth 696.8 million euros were planned for measures related to national security and other important priority measures.

The Ministry of Defense will have an additional 10 million euros at its disposal. Minister of Defense Artis Pabriks said that the main priority in the field of defense in next year’s budget is the strengthening of combat capabilities.

Key points contained in the budget proposals include:

The Finance Ministry also released a graphic showing how the budget plans are projected to proceed towards approval by Saeima. According to the graphic, the cabinet is expected to sign off on the plans on October 12 and the budget delivered to Saeima two days later on October 14, at which point lawmakers will begin to scrutinize them in earnest. That is  the same date   upon which the budget was delivered to Saeima last year, with final approval of the budget eventually arriving on  December 2  .