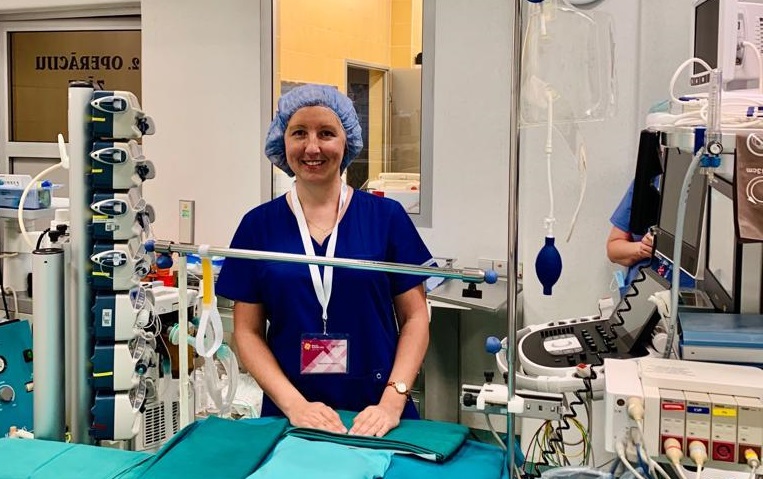 Latvian anaesthesiologist Kristīne Pitkeviča, an employee at a German Heart Institute Berlin, received death threats after posting the story of a child who died from diphtheria. The six-year old boy was not vaccinated and had heart damage from complications after the disease, reported LTV June 2.

Kristīne, who has been working at the Berlin clinic for six years, has always been active both in work and in sharing details about her profession.

Currently on vacation, she recently received news about the young patient from a colleague. The boy contracted diphtheria a year ago and developed a heart condition due to the disease. He was operated on and an artificial heart was implanted into his body. The boy was dependent on a dialysis machine, and spent the last three days in a medically-induced coma. In the end, doctors were unable to save him.

“With parents permission – let me clear that from the start – I wrote about the boy’s course after contracting diphtheria. They were fervent vaccine opponents.

“They have another child, a healthy one, and they’ve changed course completely. The second child was not vaccinated against anything, and now he has received all the [required] shots,” said Kristīne.

“I was ready for the anti-vaccine activists to hate me, but I thought that if this would lead to just one couple vaccinating their child it would be worth it,” the doctor said.

Her Facebook account was teeming with activity after she posted this information, with users split into two opposing camps. While some people thanked her and expressed sadness about the boy’s death, others posted links about children who died after being vaccinated.

But there were some people who sent Kristīne personal messages with disturbing content.

“People said if someone ate this vaccine they would die. If you’d inject broccoli, you’d probably die too. But the private messages caught me off guard. They wanted me to die and have something bad happen to me. They wished for my children to be born cripples. I was not prepared for this,” said Kristīne.

Kristīne said she’s shocked by the evil and the hate. She has given up on trying to argue with these people as she doesn’t see any point in it.

“It’s a hot day in Berlin. I got some tasty strawberries. Mom called and told me to rest and stop posting on Facebook. That’s exactly what I’m doing,” Kristīne said.