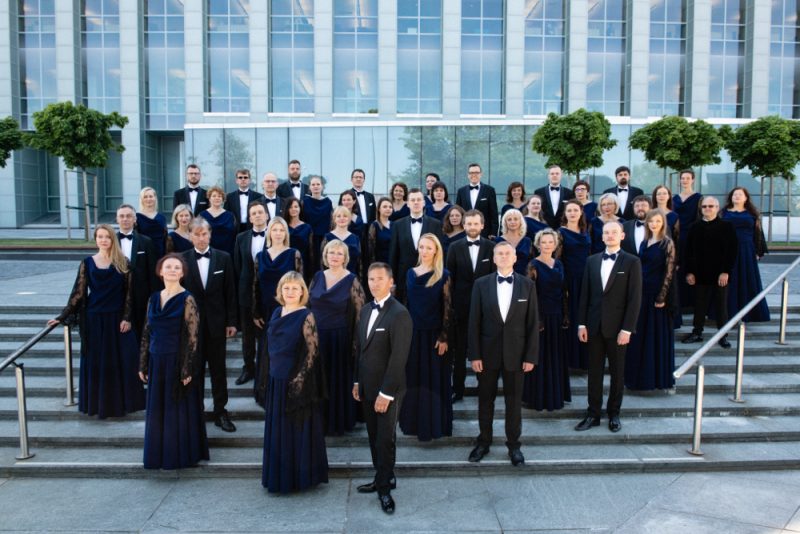 The Latvian National Choir concert, which was filmed at the Jerome Robbins Theater on April 11, 2015, has been included in the Baryshnikov Arts Center (BAC) weekly PlayBAC video series program, according to choir representatives on April 7.

Live BAC performances from their 15-year archive will be viewable on their website from April 9 to May 19. The program includes artists from around the world, and each video will include introductory words from BAC Founder and Artistic Director Mikhail Baryshnikov.

The Latvian National Choir performance led by conductor Māris Sirmais will be  available from April 16-21  . It will include songs that represent the diversity of Baltic choir music, composed by Lithuanians Vytautas Miskinis and Vaclovas Augustinas, Estonians Arvo Pärt and Veljo Tormis, and Latvians Ēriks Ešenvalds, Gundega Šmite, Uģis Prauliņš, Jēkabs Jančevskis and Raimonds Tiguls, who was a special guest with his song “Moonlight Sound Design”.

According to  the program  , the concert was part of the Latvian president’s public diplomacy and culture program of the Council of the European Union. This was the second of two concerts in New York in 2015, the first one was on April 9 at the Alice Tully Hall in the Lincoln Center.