Latvia will not return to Junior Eurovision in 2021 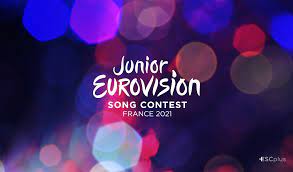 Latvian broadcaster LTV have confirmed to Eurofestivales that they will not be returning to Junior Eurovision this year. The 2021 contest is set to be held in Paris this December.

The press department of Latvian Television (LTV), via Krista Luize, has confirmed to Eurofestivales that Latvia will not participate in the Junior Eurovision Song Contest 2021.

Last year, speaking to Eurofestivales, LTV’s press department confirmed that they had no intentions to return to the contest in 2020, citing no reason why they wouldn’t return. In 2019, however, the broadcaster stated that they would be focusing on the main Eurovision Song Contest and Eurovision Choir instead.

Only days after Valentina’s win, the EBU were quick to confirm that we will be travelling to France for the 18th edition of the Junior Eurovision Song Contest. The contest will take place on December 19th at La Seine Musicale. The slogan of the contest will be Imagine.

At this point, nine countries have confirmed to participate in the JESC edition of 2021.