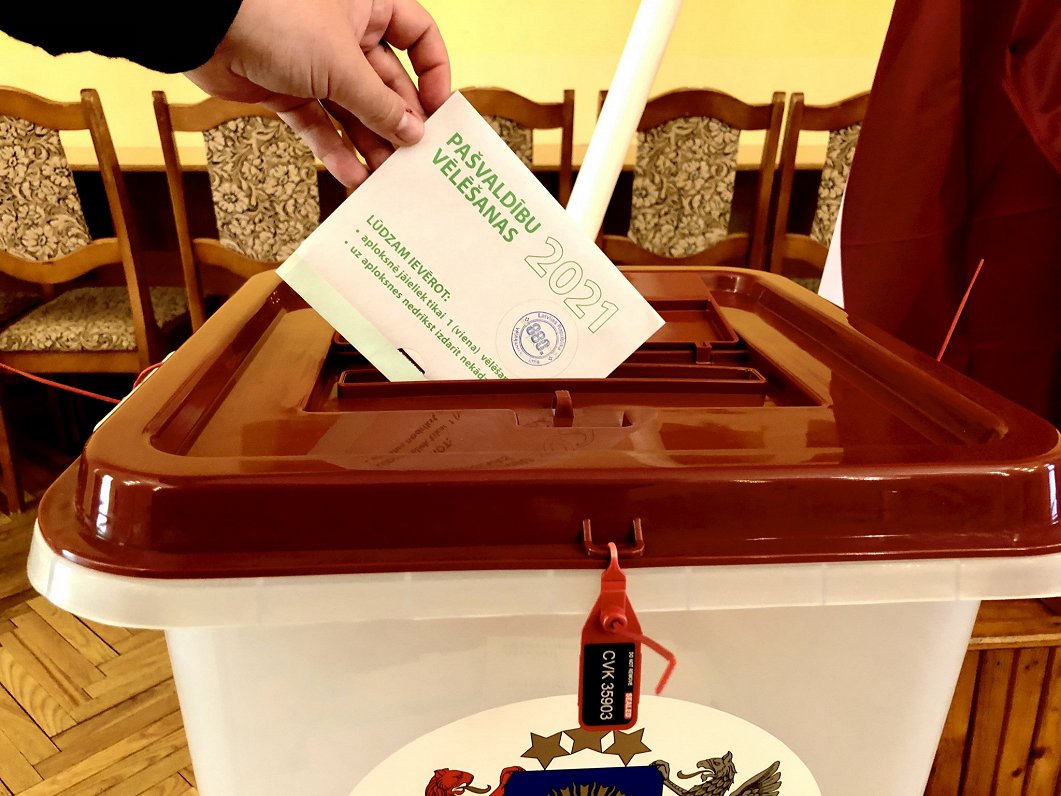 Saturday, June 5 is polling day in the 2021 Latvian municipal elections, taking place across most of the country with the notable exception of Rīga.

Though local elections take place every four years, these ones are particularly significant as they are the first elections after wide-ranging regional administrative reforms greatly reduced the numbers of individual constituencies and council seats available. Previously there were 119 local government entities, and the number of seats up for grabs has reduced by 56% to 683 compared to 2017’s elections when 1,554 councillors were elected outside Rīga.

However, the pre-election process has been further complicated by a recent controversy centering on whether the Varakļāni municipality will in future belong to the Rēzekne district or the Madona district.

On Tuesday, 1 June, the Saeima adopted amendments to the Law on Administrative Territories and Populated Areas from which it follows that the Madona municipality is maintained within existing borders, and the local government elections on June 5 will take place also in this electoral district (it had been previously announced that they would be postponed).

With early voting avalable on several days before the main election day, around 12% of voters had already cast their votes by the times polled opened on Saturday.

While local issues have been foregrounded during the election campaigns, voters’ decisions will also inevitably be in part an indication of how they think the ruling coalition has handled things such as the Covid-19 crisis and vaccination. With Saeima elections due in less than 18 months, parties will also have one eye on what they can learn from these elections in order to fine-tune their parliamentary election offers.

More information about local elections, much of it also available in English, is available on the    CVK   website.

On voting day itself you can watch the level of    voter activity   and later check the    actual results  . Naturally, LSM will also be updating coverage throughout the day.