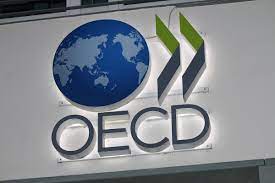 On 31 May and 1 June 2021, the Council of the Organisation for Economic Cooperation and Development held a meeting virtually at ministerial level with the theme of “Shared Values: Building a Green and Inclusive Future”. This was the first opportunity for the member states to listen to the OECD’s incoming Secretary General, Mathias Cormann, and discuss the role, priorities and goals of the organization in the next decade.

At the ministers’ meeting, Latvia pointed to the importance of human rights and the rule of law in pursuit of economic prosperity. And these values should be kept in mind when tackling the challenges of our time such as digitalisation, climate change, and rising inequalities. It is essential that the OECD retains its role as a forum of like-minded countries where best policies are freely shared and agreements are achieved on global standards.

The OECD has a major role to play in the strengthening of multilateralism and international standards. This is evidenced by the OECD’s latest initiatives on climate action and digital transformation. The Council welcomed the initiative of France, the International Programme for Action on Climate, aimed at providing support to countries seeking to achieve their climate goals, promoting the exchange of expertise and setting indicators that would facilitate comparing the progress made by each country on its path to achieving those goals.

Costa Rica, which gained accession to the OECD on 25 May, participated in the meeting as a full member for the first time.