Latvia: no railway, no NATO 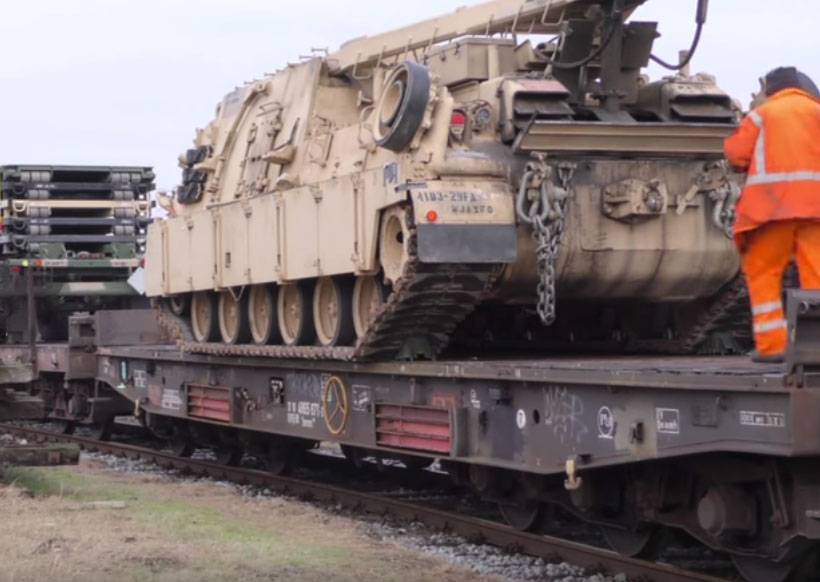 According to Latvian Foreign Ministry, the arrival of the multinational Allied battlegroup in Latvia in June 2017 concluded the deployment of forces under NATO’s Enhanced Forward Presence in the Baltic States and Poland, thereby implementing the decisions made at the Wales and Warsaw Summits. Canada is the framework nation for the battalion-size NATO battlegroup deployed to Latvia, with Albania, Czech Republic, Italy, Montenegro, Poland, Slovakia, Slovenia, and Spain as contributing nations. These Allies are sending, on a voluntary and rotational basis, their troops and combat-ready equipment to Latvia to deter any possible aggression, should the need arise.

As a host nation, Latvia must provide all the necessary host nation support to meet the needs of NATO and the Allies involved. The Canadian-led battlegroup in Latvia at Camp Ādaži consists of approximately 1512 soldiers, as well as military equipment, including tanks and armoured fighting vehicles.

These responsibilities place great burden on a host nation. Latvia’s ability to support foreign troops on its territory often is in doubt.

Even after a radical reduction in the volume of Russian transit, Russian-origin cargo (going from or to Russia) continues to make up the lion’s share – more than 62% of the transit traffic. Another 25-28% of cargo is of Belarus origin.

In other words, the implementation of Russian plans to reorient its export-import cargo turnover by 2025 means subtracting about 11.78 million tons from the current load indicators of the Latvian railway. Taking into account the agreement with Minsk, redirecting its flow to Ust-Luga, Latvia expects a loss of another 5.32 million tons. Thus, the Latvian cargo traffic in the next 2-3 years will lose another 17 million tons, or 89.4% of the load.

The situation is complicated by the fact that initially the Latvian railway network was built on the basis of the possibility of ensuring a freight turnover of 90 million tons per year. Those 4.5 million tons that will remain by 2024–2025 will certainly not be able to allow Latvian Railways to achieve at least a self-sufficiency level.

So the infrastructure will have to be trivially disassembled with removing the rails, closing traffic control centers, selling rolling stock and closing branch lines.

Hence, approximately in 2025, Latvia will take an honorable second place, after Moldova, in the ranking of countries that have lost the Soviet transport heritage and have slipped to the level of a remote peripheral region of the world.

Which is, in a way, funny. With the decline of the Latvian railways, most likely, NATO will also withdraw its multinational Allied battlegroup from Latvia. Since ensuring its deployment requires decent cargo transportation, which in peacetime is too much expensive without a railway. So, Latvian authorities will no be able to fulfill the obligations as a host nation.