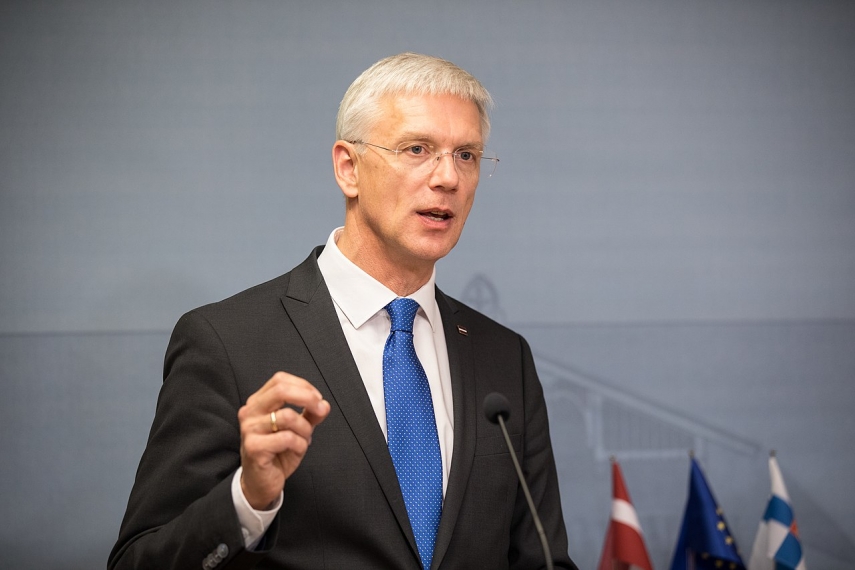 At its meeting today, the Financial Sector’s Development Council discussed the the Financial Action Task Force’s (FATF) decision not to include Latvia in its “grey list” and the S&P Global Ratings’ decision up upgrade its rating on Latvia to record-high A+.

The prime minister underlined that Latvia will not be a place for money laundering because Latvian authorities will uncover such crimes. At the same time, Karins added that Latvia is open to investors who want to do business here in the long run as Latvia has created a safe business environment.

Finance Minister Janis Reirs (New Unity) agreed, saying that the system created in Latvia will not be appealing to “short-term investors”, but that it is meant for entrepreneurs that are planning long-term investments, for instance, in production.

As reported, the Financial Action Task Force has decided not to put Latvia under increased monitoring, which means it will not be added to the so-called “grey list” of countries failing to properly combat money laundering and terrorist financing.

FATF decided on Latvia’s inclusion or non-inclusion in the “grey list” at its plenary session, which took place in Paris this week. FATF “greylists” countries showing strategic flaws in combating money laundering and the financing of terrorism.

FATF concluded at the plenary session that Latvia has developed a strong and resilient system for combating financial crimes and that the country therefore will not be put under increased monitoring, or on the so-called “grey list”.

With this decision, Latvia has become the first member state under the supervision of the Council of Europe’s Committee of Experts on the Evaluation of Anti-Money Laundering Measures and the Financing of Terrorism (Moneyval) to successfully implement all 40 FATF recommendations. Moneyval is an associated member of FATF.