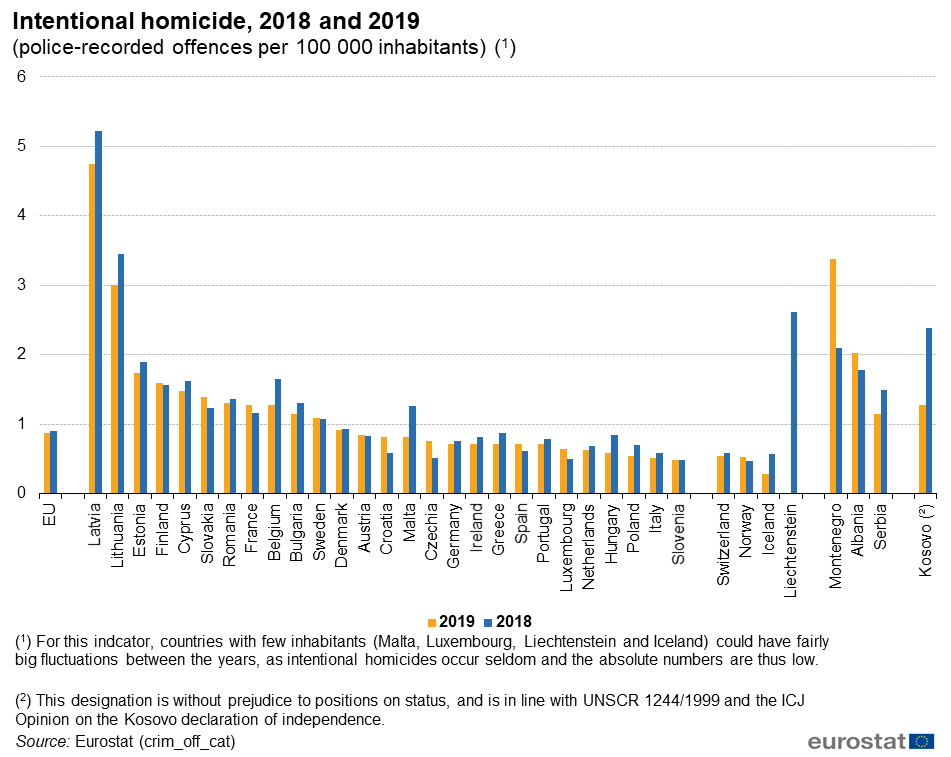 Latest data from European Union statistical agency Eurostat shows Latvia leading the EU for the number of homicides per head of population.

But figures for intentional homicide in relation to the population size (police-recorded offences per 100,000 inhabitants) published September 17 show that in 2019, the highest figures were observed in Latvia (4.7) and Lithuania (3.0), followed by nine countries with between 1 and 2 intentional homicides per 100,000 inhabitants (Estonia, Finland, Cyprus, Slovakia, Romania, France, Belgium, Bulgaria and Sweden).

One slight positive was that Latvia also recorded the largest decrease in its homicide rate, followed by Malta and Lithuania, while the highest increases were in Czechia and Croatia.

In 2019 36 % of intentional homicide victims in the EU were females. However, there were more females than males among the victims in Cyprus, Latvia, Malta, Austria and in Norway and Switzerland for the EFTA countries.

The full batch of newly-released Eurostat crime statistics is  available to read online   and shows that for other crimes such as robberies and assaults Latvia is more in line with the EU average.