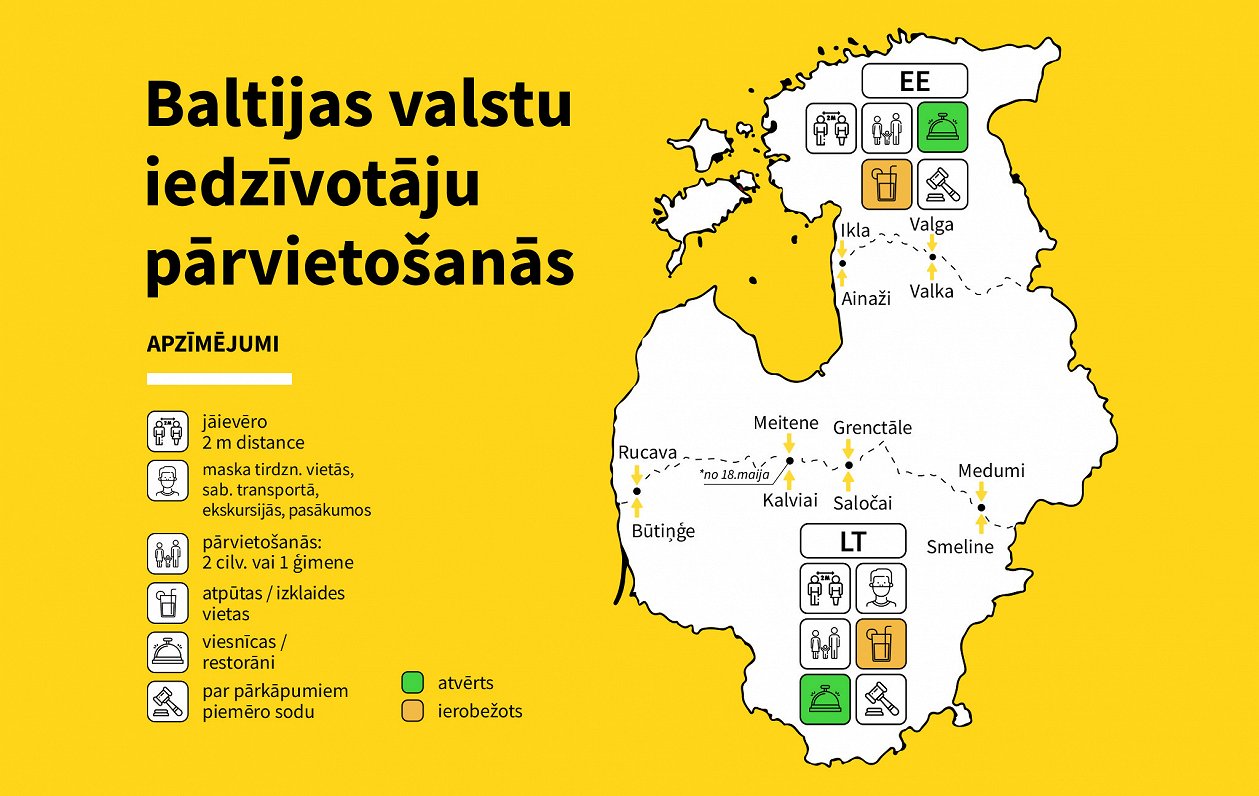 May 15 became a noteworthy date within the Baltic states and beyond with the three countries opening their borders to each other while maintaining a locked-down external border.

As a result of the relative success of the three countries in containing the spread of the coronavirus, their governments have judged that free movement of people can be restored to all permanent residents, though arrivals from outside Latvia, Estonia and Lithuania will have to undergo a two-week quarantine period.

Latvian State President Egils Levits said: “Estonia, Latvia and Lithuania have created a “small Schengen” area in Europe – an area without internal borders. From today, all of us, the six million of the Baltics, are free to cross the borders between our countries, subject to epidemiological rules. This is especially important for Latvia because Lithuania and Estonia are our largest economic partners.”

As  previously reported by LSM  , Foreign Ministers are due to sign a Memorandum of Understanding marking the occasion in Rīga on Friday afternoon, but the changes are already in force, having been implemented at midnight.

If you are planning to take advantage of this step on the road back to post-COVID normality, you are strongly advised to  read the rules regarding emergency measures   in force in Estonia and Lithuania first.