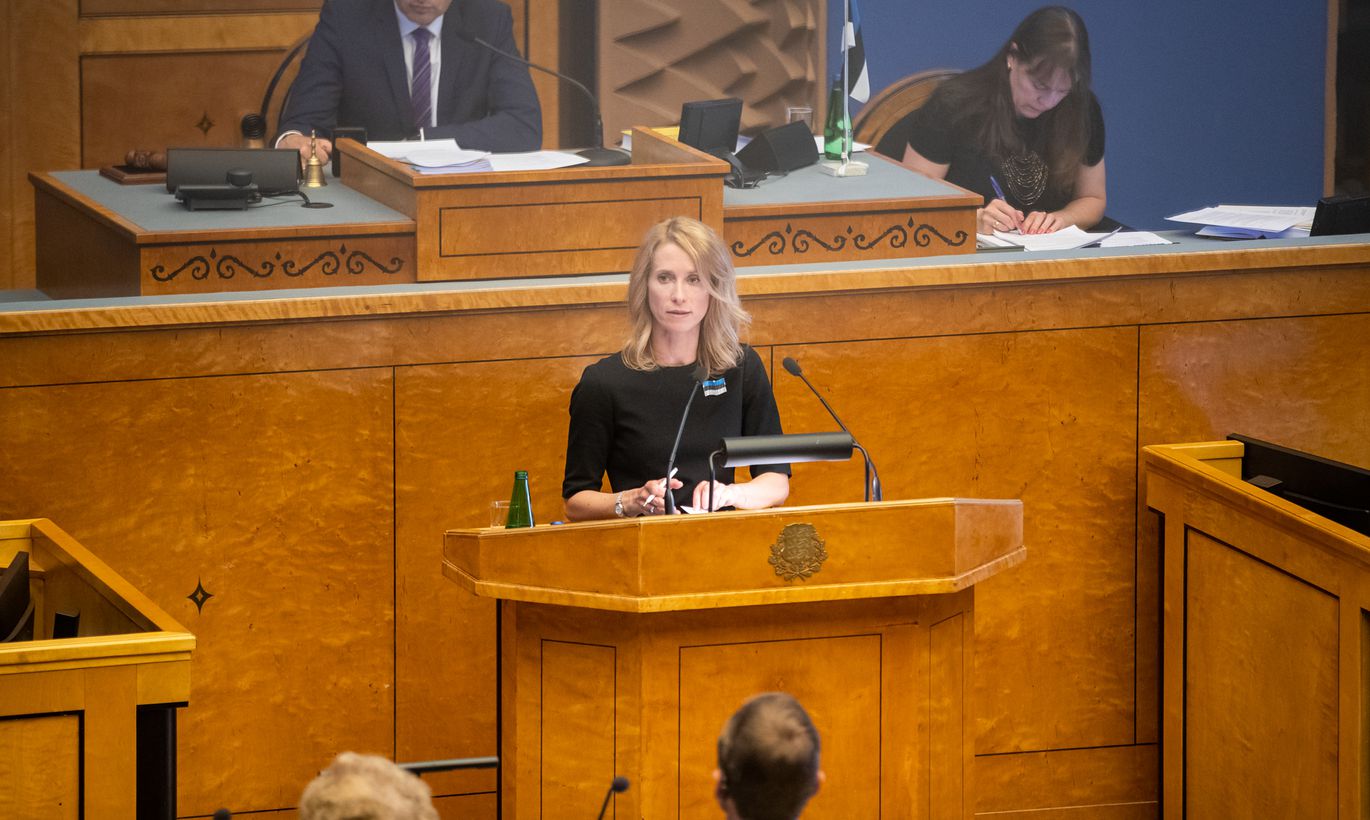 The Riigikogu on Wednesday started by voting on the motion of no confidence against Prime Minister Kaja Kallas (Reform) by the opposition Conservative People’s Party (EKRE) and Isamaa. The motion failed as 36 MPs voted for and 55 against.

EKRE and Isamaa accused the government of incompetence. “Kaja Kallas is not fit to serve as prime minister of Estonia,” Henn Põlluaas (EKRE) said when the motion was being put together.
“The government of the Reform Party and Center Party has under Kaja Kallas and in just a few months gambled away conditions for economic growth and boosting defensive capacity created by the previous government. The administration has made a series of incompetent economic policy decisions that considerably harm Estonian companies, rural development and national security,” the motion read.
EKRE leader Martin Helme said that the government is only tearing down instead of building and reversing what the previous cabinet achieved during its two years in office. “As prime minister, Kaja Kallas is directly responsible for the foolish and irresponsible political choices of the Reform-Center government,” Helme said.