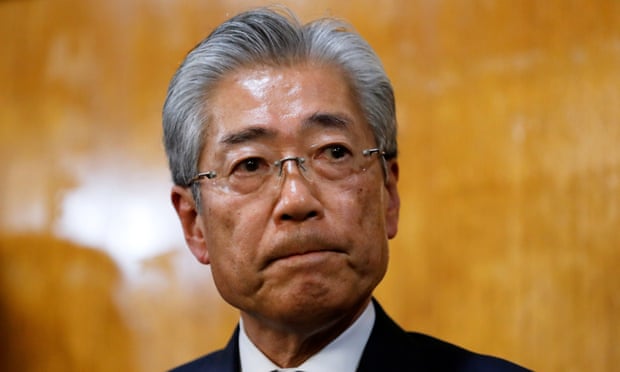 The president of the Japanese Olympic Committee (JOC) has said he will resign amid allegations of corruption over Tokyo’s successful bid to host the 2020 Games.

Tsunekazu Takeda, 71, who will also step down from the International Olympic Committee, has denied allegations of corruption since the Guardian revealed in May 2016 that the Tokyo Olympic bid team had made payments to a consultancy linked to the son of a disgraced IOC official during the city’s successful bid.

Takeda was head of the Tokyo bidding committee when it was awarded the Games in 2013, defeating rival bids from Madrid and Istanbul.

The president said he would resign from both posts when his current term as JOC president ends in June. “I would like to leave the future of the JOC to a younger generation to lead up to Tokyo 2020,” he said during an executive board meeting on Tuesday.

Takeda, who is currently under investigation by French authorities for alleged bribery, has repeatedly denied the allegations.

French prosecutors questioned Takeda in Paris and placed him under formal investigation in December.

While Takeda, who heads the IOC’s marketing commission, has insisted the payments were legitimate compensation for consultancy services, the investigation has cast a shadow over preparations for the Tokyo Olympics, which begin in less than 500 days.

Kyodo news agency quoted sources as saying the IOC was concerned the scandal could continue to tarnish the image of the 2020 Games, and urged Japanese Olympic officials to quickly resolve the matter.

The French investigation centres on two payments, totalling at least $2m (£1.5m), that Tokyo’s bid committee made in July and October 2013 to Black Tidings, an account in Singapore linked to Papa Massata Diack – the son of the disgraced former world athletics chief Lamine Diack – and administered by Ian Tan Tong Han.

Some of the Tokyo bid team’s payments were suspected to have been directed towards the elder Diack, who as a powerful member of the IOC at the time had a vote in deciding the host city for the 2020 Games.

Tan and Papa Massata Diack have reportedly been close friends since they met at the Beijing Olympics in 2008, with Tan even naming his child Massata in 2014. The younger Diack claimed in May 2016 that he had not received money in return for helping Tokyo win the Olympic bid.

In September 2016, an independent panel commissioned by the JOC cleared Takeda and other officials who led Tokyo’s bid of any illegal activity.

But the panel’s investigation was criticised as flawed, since officials were unable to question Tan or either of the Diacks, or to study official committee documents because they had been destroyed after the city was chosen.

The allegations of vote-buying are the most serious of several embarrassments Tokyo has suffered in the run-up to the Games, almost six decades after the city hosted the 1964 Olympics – an event seen as marking Japan’s arrival as a member of the international community after the second world war.

The stadium, which was likened to a bicycle helmet, was also due to host the final of the 2019 Rugby World Cup, but will not be ready until after the tournament has ended. The match will be played in nearby Yokohama instead.

Hadid, who died in 2016, blamed the cancellation on opposition among Japanese architects to having a national stadium designed by a foreigner.

Organisers were later forced to scrap the Games’ official logo amid accusations of plagiarism against the designer, Kenjiro Sano.

The Olympics were supposed to highlight Japan’s recovery from the March 2011 triple disaster along its north-east coast, including the meltdown at the Fukushima Daiichi nuclear power plant.

When he made Tokyo’s final pitch in Buenos Aires in 2013, Japan’s prime minister, Shinzo Abe, assured IOC officials that Tokyo would not be affected by the long and complicated task of decommissioning the plant.

Fukushima’s Azuma stadium will host several softball and baseball games in 2020, and the domestic leg of the Olympic torch relay will begin at J-Village, a football training complex near the plant that for several years was used as a base for workers responding to the nuclear crisis.

The recent anniversary of the disaster highlighted the scale of the Fukushima cleanup and lingering fears over radiation levels among residents who are being encouraged to return to towns and villages near the plant.

Plans to end housing subsidies for Fukushima evacuees in March 2021 prompted complaints that their plight was being overlooked in the rush to promote the “reconstruction Olympics”.