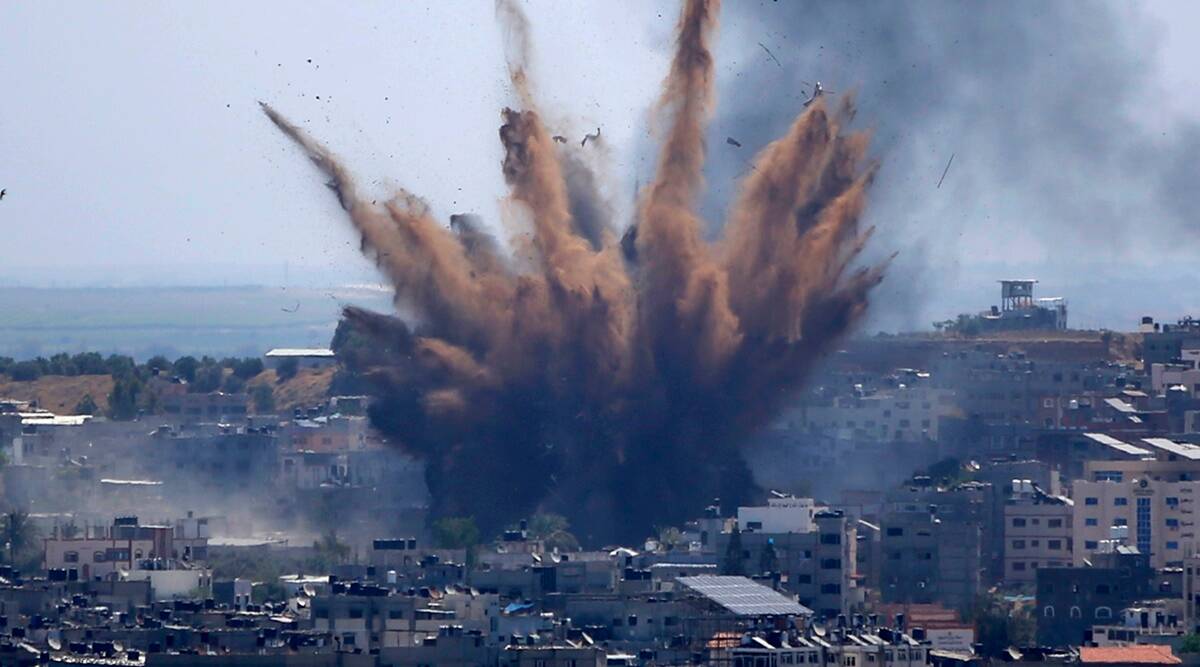 Israel conducted dozens of air strikes on the Gaza Strip on Monday, after Palestinian militants fired barrages of rockets at southern Israeli cities.
The pre-dawn raids on Gaza were some of the heaviest seen since the fighting began a week ago.
Israel said it hit facilities belonging to the militant group Hamas and several commanders’ homes, but main roads and power lines were also damaged.
Meanwhile, international calls for a ceasefire continue to mount.
The UN Security Council held an emergency meeting on Sunday, and Secretary-General António Guterres warned that further fighting had “the potential to unleash an uncontainable security and humanitarian crisis”.
He pleaded for an immediate end to the “utterly appalling” violence.

But there were no signs of that happening as the conflict entered its second week.
It began after weeks of spiralling Israeli-Palestinian tension in occupied East Jerusalem that culminated in clashes at a holy site revered by both Muslims and Jews. Hamas, which controls Gaza, began firing rockets after warning Israel to withdraw from the site, triggering retaliatory air strikes.

The Israeli military said more than 50 warplanes conducted a 20-minute attack on the Gaza Strip shortly before dawn on Monday.
They struck 35 “terror targets” and destroyed more than 15km (9.3 miles) of an underground tunnel network belonging to Hamas, it added.
The military also said it had hit the homes of nine “high-ranking” Hamas commanders.

There were no immediate reports of casualties, but Palestinian officials in Gaza said the strikes had caused widespread power cuts and damaged hundreds of homes and other buildings.

“There have never been strikes of this magnitude,” one resident told the AFP news agency. Mad Abed Rabbo, 39, said he had felt “horror and fear” during the strikes.
The overall death toll in Gaza now stands at 197 people, including 58 children and 34 women, with 1,230 injured, according to the Hamas-run health ministry. Israel says dozens of militants are among the dead.