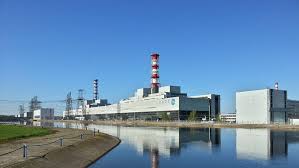 Equipment delivered to Russia by a Lithuania-based company ended up being used at power stations in Crimea despite European Union sanctions prohibiting trade activity with the Russian-controlled peninsula, according to evidence discovered in an investigation by RFE/RL’s Ukrainian Service and its partners.

Run Engineering shipped equipment to a Russian company contracted to supply water filters to two plants being constructed in Crimea, the Ukrainian region seized and occupied by Russia in 2014, the investigation by the service’s Schemes program, Lithuanian public broadcaster LRT, and the Scanner Project found.

Export documents and photographic evidence indicates that filters, including a component requiring an export license, were shipped to Russian company Voronezh-Aqua by Run Engineering. The same equipment was used at the power stations on the Black Sea peninsula, the investigation found.

Run Engineering denied any wrongdoing and said it had not sent any equipment for use in Crimea.

“We provided all the necessary documents, proof that it was to be a civilian object, absolutely not going to Crimea, but to another facility,” Run Engineering Director Povilas Medeksa told the investigation by the three news organizations.

However, export records suggests that a key water-filter component — membranes — had been acquired by Run Engineering from a German-based subsidiary of U.S.-based DuPont, and shipped to Run’s Russian partner, Voronezh-Aqua, the investigation found.

Photographic evidence appeared to show the same equipment, with the same labels, at the facilities near the Crimean cities of Simferopol and Sevastopol.

Run Engineering is registered in Kaunas, Lithuania, a free economic zone offering businesses tax breaks and other benefits. It had a years-long partnership with Voronezh-Aqua — which was contracted to do work on the energy plants in Crimea — and had been denied an export license for violating rules over possible trade in Crimea in 2018.

The German company, Inge, acknowledged that it had a business partnership with Run Engineering, but said that ended in 2020. It said it was unaware any of its membranes had ended up in Crimea.

“At no time in the course of this customer relationship with Run Engineering did Inge GmbH have any knowledge or even any indication that the products delivered to this customer would be used at a destination other than that specified by the customer,” DuPont spokeswoman Daniela Drossler told Deutsche Welle, the German broadcaster that was also involved in the investigation.

The media outlets that conducted the investigation sought comment from the European Commission, which coordinates EU sanctions policy, on the findings. No response had been received by the time of publication on July 20.

The same two plants were at the center of an international scandal after German engineering company Siemens said its power turbines had been installed at them without its knowledge in 2017, in violation of EU sanctions. Russia denied that, claiming that it modernized the existing turbines at the stations using Russian specialists and equipment.

Siemens said the turbines were sold to Russia in 2015 and 2016 for a power plant in Taman in Russia’s southern Krasnodar region, across the Kerch Strait from Crimea. But they were then transferred to Crimea by Siemens’ Russian customer, Technopromeksport, and installed in the new gas-fired power plants in Crimea.

The installation of the turbines led to legal proceedings and fresh sanctions against Russian officials and companies.

Crimea has suffered from water and energy shortages since Russia seized control of the territory in March 2014, after sending in troops and staging a referendum denounced as illegitimate by the UN General Assembly. Russian authorities promised the facilities would meet 90 percent of Crimea’s power needs.

In March 2019, Russian President Vladimir Putin visited Crimea on the fifth anniversary of the peninsula’s seizure and took part in ceremonies to open the two plants.

The construction of power plants in Crimea, which began to operate at full capacity in March 2019, was carried out by Russian engineering company Technopromeksport, part of the state-owned conglomerate Rostec.

Export data showed that Run Engineering delivered the membranes to Voronezh-Aqua on December 17, 2018, according to the investigation by Schemes, an investigative program run jointly by RFE/RL’s Ukrainian Service and UA: Pershy, Ukraine’s public broadcaster, and its partners.

That same day, Run Engineering’s license to export such goods was revoked due to suspicions by Lithuanian law enforcement that the company’s equipment could end up in Crimea. The investigation found the shipment was made a few days before the export license was revoked.

“Not every exported good is checked,” said Asta Kriauceliunaite, director of the Kaunas Territorial Customs Violation Prevention Unit, who stressed the banned items would no longer be available for further export.

Medeksa said Run Engineering did not export any membranes supplied by Inge after the license was revoked and did not ship items to Crimea.

“We exported equipment, not membranes that require a license. It’s like exporting a car, but not an engine. We do not supply them, the company buys them itself. It can be German, Dutch, Japanese, Chinese manufacturers,” Medeksa told the media outlets that conducted the investigation.

Documents show that Run Engineering is owned through a company registered in Cyprus by Marina Karmysheva, who holds Cypriot citizenship and whose other business interests link her to Rosneft, the Russian state oil giant headed by longtime Putin associate Igor Sechin.

Several companies with connections to Karmysheva are also linked to Viktor Medvedchuk, a Kremlin-friendly Ukrainian politician who is close to Putin.

Medvedchuk, head of the political council of Opposition Platform-For Life, which is the largest opposition group in Ukraine’s parliament, is under Ukrainian sanctions and accused of high treason and the illegal exploitation of natural resources in Crimea.