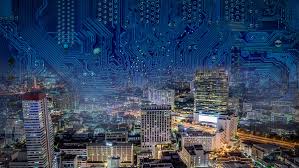 In 2020, the majority of northern and western regions of the EU reported relatively high proportions of adults using the internet on a daily basis.

The highest shares of adults using the internet every day were generally recorded among people living in cities rather than those living in rural areas.

The highest share of adults making daily use of the internet was recorded in Helsinki-Uusimaa in Finland (96%). This was closely followed by Hovedstaden in Denmark, Stockholm in Sweden (both 95%) and another 2 regions in Denmark: Syddanmark and Midtjylland (both 94%).

The lowest share of adults making daily use of the internet was recorded in Severozapaden in Bulgaria (53%). This was closely followed by the region Nord-Est in Romania (55%) and three other regions in Bulgaria: Severen tsentralen (also 55%), Yugoiztochen and Yuzhen tsentralen (both 56%).

The number of Latvians making daily use of the internet is in line with the EU average, according to data published by Eurostat.