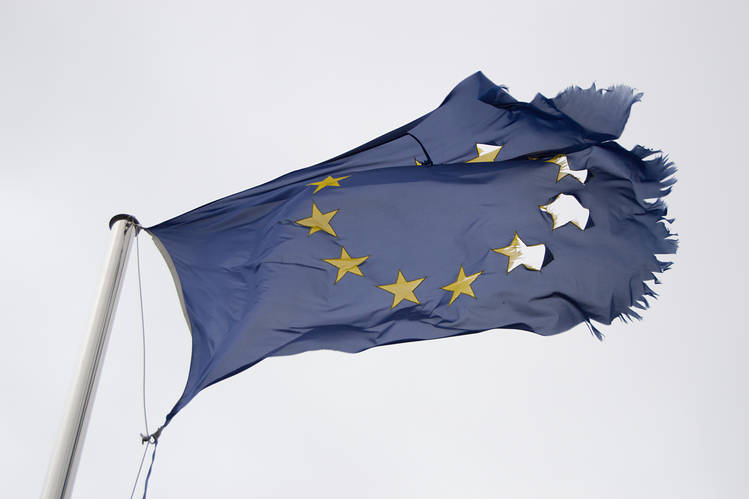 International research institutes very often provide assessments which cause just a revolution in the thinking of ordinary people and even politicians. Such reports give impetus to decisive actions and revision of existing strategies and politics.

One of such reports is “Defending Europe: scenario-based capability requirements for NATO’s European members” made by the International Institute for Strategic Studies (IISS). An independent open-source high-level assessment of how the defence of Europe, would look if the United States had left NATO and did not contribute militarily has been published in May.

Though it is stated that research paper “does not intend to predict future conflicts nor the intentions of any of the actors involved”, it gives Europe the reasons to rethink situation and take some actions.

The 50-page report applies scenario analysis to generate force requirements, and assesses the ability of NATO’s European member states to meet these requirements.

The experts give two scenarios for the development of events in the absence of financial support from the U.S. The first scenario examined deals with the protection of the global sea lines of communication (SLOCs). In this scenario, the United States has withdrawn from NATO and has also abandoned its role of providing global maritime presence and protection, not just for its own national interest but also as an international public good. It thus falls to European countries to achieve and sustain a stable maritime-security environment in European waters and beyond, to enable the free flow of international maritime trade, and to protect global maritime infrastructure. The IISS assesses that European NATO members would have to invest between US$94 billion and US$110bn to fill the capability gaps generated by this scenario.

The second scenario deals with the defence of European NATO territory against a state-level military attack. In this scenario, tensions between Russia and NATO members Lithuania and Poland escalate into war after the US has left NATO. Russia uses its ally Belarus to deploy troops in its territory.

Belarus (borders Poland and Lithuania) puts its armed forces on alert, its military and air-defence command and control (C2) structures are integrated into Russian networks, and there is a limited mobilisation of reserves. Russian logistic, airdefence and C2 units deploy to Belarus, as does the full 1st Guards Tank Army and an air-assault brigade.

The IISS assesses that European NATO members would have to invest between US$288bn and US$357bn to fill the capability gaps generated by this scenario. These investments would establish a NATO Europe force level that would likely allow it to prevail in a limited regional war in Europe against a peer adversary.

The matter is some of the capabilities provided by US forces, such as logistics and sustainment for land forces, may be relatively straightforward if not cheap to replace.

However others are almost unique to the US, and it would be difficult to substitute European capabilities.

One of the implications of this research is the enduring importance of the US in military terms for the defence of Europe. This study provides a reality check for the ongoing debate on European strategic autonomy.

The IISS assesses that the recapitalisation across the military domains would take up to 20 years, with some significant progress around the ten- and 15-year marks.

Europe should also take into account that though this scenario is only hypothetical, in reality Russia and Belarus continue intensive military training. In October they are going to conduct massive joint military exercise Union Shield 2019 simulating joint military activity in case of armed conflict. There is concern that Europe has capabilities to appropriately react on such activities without the U.S.

In other words, the authors of the report demonstrate the direct dependence of the European countries on the U.S. in military sphere and even prescribe a certain path of action to be pursued by European NATO governments. If Europe really wants to be independent, it should start with increasing its capabilities and break a deep dependence on the U.S. and its money.