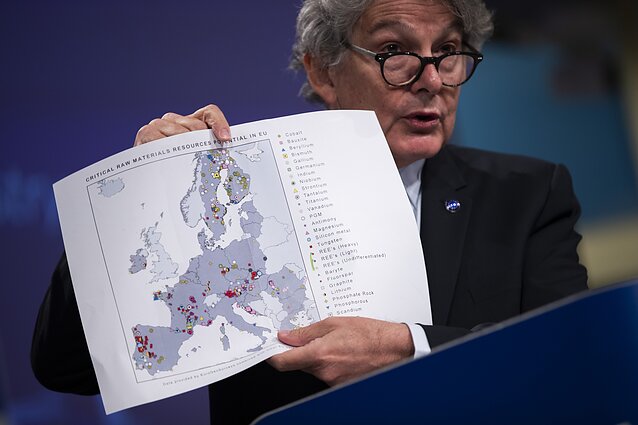 The unanimity principle in the EU’s foreign and security policymaking often leads to deadlocks, as a single member state can block a decision agreed by the majority. But would abandoning the veto rule harm small countries like Lithuania?

It took the European Union two months to impose sanctions on Belarusian officials while the security forces continued beating peaceful protesters. The reason for the delay stretches back almost three decades, when the EU outlined the principles of what it now calls the Common Security and Defence Policy (CSDP), outlining that joint EU initiatives can only be passed unanimously.

A few years ago, however, the European Commission (EC) started considering to drop the unanimity principle in certain cases, including when it comes to imposing sanctions.

The qualified majority voting is a mechanism already used by the European Council to make some decisions without the need for unanimity, such as the upcoming vote on linking EU budget payments to the rule-of-law situation in the country.

Proposals to move to the majority principle are limited to certain policy areas. Nevertheless, some countries oppose such changes. In early 2019, Lithuania itself rejected the EC’s proposal to drop the veto right in tax policy issues.

Smaller EU member states cling to their veto right because they fear being “outvoted” under the qualified majority principle.

However, Lithuania could actually benefit from the qualified majority voting and the EU policy becoming more effective, according to political scientist Margarita Šešelgytė, head of Vilnius University Institute of International Relations and Political Science (TSPMI).

“If we wanted pass sanctions or adopt a position that is important to us, the qualified majority vote would work better […] and a single country like Cyprus could not block the decisions,” Šešelgytė said. “Member states would simply have to put more effort into negotiating coalitions, but this is not necessarily a bad thing.”

Under the qualified majority rule, an agreement among more than 50 percent of member states that represent more than half of the EU’s population would be sufficient to pass a policy. This way of making decisions would allow the EU to become more effective, observers say.

“If the EU wishes to be a geopolitical player, it needs to be able to undertake decisions more quickly, accurately, decisively. Otherwise, it will not be able to react to such players as Russia and China,” Sven Biscop, EU foreign policy professor at Ghent University, told LRT.lt.

But in the words of Jamie Shea, Senior Fellow at the Friends of Europe think tank and former NATO deputy assistant secretary general, in many cases, unanimity delays decision-making rather than stops it altogether. It also adds weight to the decisions once they are made.

“This is especially important for the smaller and more vulnerable states that need the protective cover of EU support and solidarity and thus unanimous decisions. The position of the Baltic states vis-a-vis Russia strikes me as highly relevant in this respect,” Shea said.

EU diplomats previously said they would support the application of the qualified majority principle when voting on sanctions.

“For most countries, veto creates a kind of illusion of sovereignty. But the reality is that without the EU they would not be able to do anything on many of these issues,” Biscop said.

“The choice is not between national and EU foreign policy. Most countries do not even have foreign policy on some issues,” he added.

The EC has also declared its ambition to become a geopolitical player and increase the EU’s role on the world stage. But experts have different views on the bloc’s readiness for such a change.

“Member states know that their electorates and national parliaments would not support being outvoted by the European Council. […] Euroscepticism has grown throughout the union with the rise of the populist parties,” said Shea.

“It’s not the time for further constitutional and institutional change but rather for re-engagement of European public with the EU project,” he added.

According to Shea, existing EU treaties sufficiently ensure solidarity and mutual assistance between member states. Countries are also able to respond to crises, such as terrorist and cyber attacks, in smaller formats within the EU.

“Developing these formats further would be a better use of the EU’s time than seeking institutional change to achieve majority voting in foreign policy issues,” he added.

But Šešelgytė said that the EU is already on the path of deeper federalisation in some areas. According to her, the union is often accused of failing to make decisions and qualified majority voting could help to overcome inefficiencies.