Honorary Consulate in Donbas was opened by Latvia 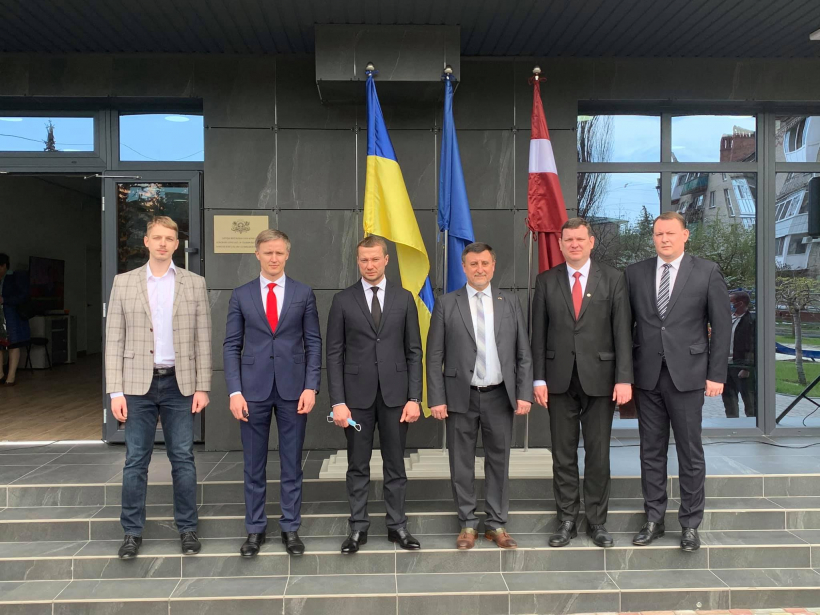 An honorary consulate of Latvia was opened in Slovyansk, Donetsk region. This was announced on April 30, by the Latvian Embassy in Ukraine, UATV informs.

Latvia is the first European country to open an honorary consulate in Donbas since the beginning of hostilities.

“On April 30, 2021, the Chairman of the Seimas Foreign Affairs Committee, Rihards Kols, opened an honorary consulate of Latvia in the city of Slavyansk, Donetsk region. Oleksandr Pavenko has been appointed Honorary Consul of Latvia”, – the diplomatic department announced in a statement.
The opening of the honorary consulate was also attended by the leadership of Donetsk region and the city of Slovyansk, representatives of several cities of Donetsk region, as well as foreign diplomats accredited in Ukraine.

Rihards Kols stressed that the opening of the consulate is a result of Latvia’s support for Ukraine’s territorial integrity.

According to him, Latvia wishes to develop relations with the Donetsk region in the sphere of education, economy and others.

It is noted that the honorary consulate will also serve as an information point where local residents can get information about the educational, tourist and economic potential of Latvia and opportunities for cooperation with the Donetsk region.