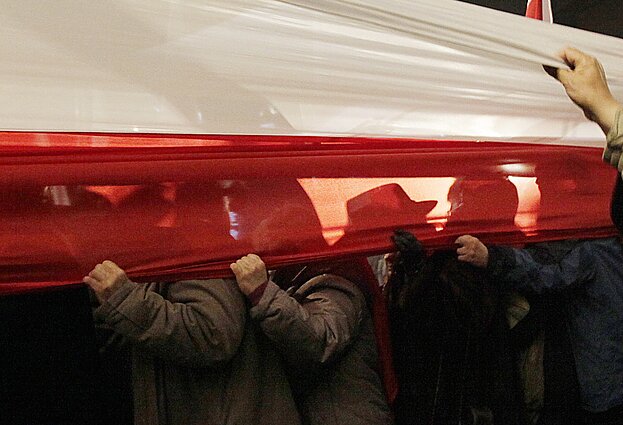 On Friday, Lithuanian leaders paid tribute and expressed support to Poland as it marks the anniversary of the Katyn massacre of World War Two, and the 10th anniversary of the Smolensk tragedy, when Poland’s top state leaders were killed in a 2010 plane crash in Russia.

“In 1940, the Soviet destroyed the Polish nation’s blossom and later used the crime for a disinformation war against Poland. Unfortunately, we have to admit that historic revisionism still continues not only regarding Poland but also regarding the Baltic states,” said Lithuanian President Gitanas Nausėda.

The Katyn massacre took place in April 1940, when Stalin ordered the killing of almost 22,000 Polish army officers and members of the intelligentsia. The official memorial day for Katyn victims is April 13.

During the Holocaust anniversary earlier this year, Warsaw and Moscow became embroiled in a diplomatic spat after Russian President Vladimir Putin suggested that Poland is partly responsible for starting the Second World War.

Then, the Lithuanian president  boycotted   a Holocaust commemoration event in Jerusalem in solidarity with this Polish counterpart after only Putin was given the right to deliver a speech.

On Friday, Lithuanian President Gitanas Nauseda, Speaker of the Seimas Viktoras Pranckietis, Deputy Speaker of the Seimas Arvydas Nekrošius and Prime Minister Saulius Skvernelis sent letters to Poland’s top leaders to express their solidarity and extend condolences. In the morning, President Nauseda and the First Lady attended a prayer at the Aušros Vartai (the Gate of Dawn) Chapel in Vilnius to honour the memory of victims of the Katyn massacre and Polish President Lech Kaczyński who was killed in a tragic plane crash, the presidential office said.

According to the speaker of the Seimas, the murder of Polish army officers by the Soviets in Katyn is one of the most brutal war crimes and a tragic loss for Poland.

“Such barbaric crimes cannot be repeated, and the truth about them cannot be disguised,” Nekrošius wrote in the letter.

Prime Minister Skvernelis said the crime committed by the Soviet Union will never be forgotten.

“In spring 1940, 22,000 Polish officers and intellectuals were killed, which was a terrible tragedy for Poland [already] devastated by World War 2,” the prime minister’s letter reads.

“We remember the Polish heroes who died in the catastrophe near Smolensk: dearly remembered President Lech Kaczyński, First Lady Maria Kaczyńska, and all the sons and daughters of the Polish State. We share the grief of Poland in their loss”, wrote Skvernelis.

According to the prime minister, Lithuania is proud that a street in Vilnius was named after President Kaczyński in 2018.