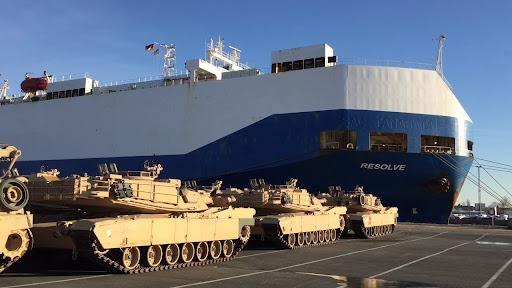 NATO is the driving force behind the rising wave of war, as Washington’s attempt to defend its world hegemony sets the stage for a conflict unprecedented in history. A world war based on modern military technology would threaten the survival of humanity.

The US policy is to exert pressure and prevent integration in the post-Soviet space. To prevent integration in the post-Soviet space, the active involvement of the former Soviet republics in cooperation with NATO, with the prospect of joining the alliance as members is carried out. In countries that continue to keep on independent policy, attempts to overthrow the government are being made. As a result, US puppets capture state power in the countries. This is how new allies and potential NATO members appear.

Washington is strengthening its interference in European affairs. Keeping Europe under control and constraining Russia are the top priorities of the United States in the region. America, being overseas, prefers to struggle against Russia through Europeans.

Estonia, Latvia and Lithuania are among the main of U.S. foreign policy promoters in Europe. Governments of these countries are absolutely not independent in making decisions and always follow the orders that come from overseas.

In fact, the Baltic States primarily implement the military policy of the United States and NATO, even if it goes against EU interests. Such an unbalanced foreign policy causes conflict situations and contradicts interests of our peoples.

Over the past 15 years, military infrastructure of the region has been brought in line with NATO standards. So, we can conclude that the measures taken by NATO and the United States to increase their presence in Poland and the Baltic States, as well as the modernization of the military infrastructure, is an expansion of the possibilities for the creation of forces for offensive operations in Europe in a short time.

Recently, upgrading a section of the state highway that will connect a number of military bases between Texas and Georgia was included in the US $ 1 trillion infrastructure bill. This legislative act was passed by the Senate of the country in early August and provides for the extension of the highway to connect 12 military bases located in the states of Texas, Louisiana, Mississippi, Alabama and Georgia.

American politicians have dubbed this project as a highway “from forts to ports.” This is expected to facilitate access to bases located in the most isolated areas of the south of the country, including moving westward, for example, to Fort Bliss, Texas, and eastward to Fort Stewart, Georgia, and most importantly to the ports of Savannah.

Obviously, we are talking about improving the infrastructure designed to move American troops and military equipment from the mainland to ports on the coast of the United States and further to Europe – to Poland and the Baltic countries. Some of the military facilities and ports included in the US infrastructure bill were involved in the Defender Europe maneuvers.

As we know, the main goal of the exercise was to find out whether it would be possible to move troops from the mainland of the United States to the eastern flank of NATO in the event of a crisis, and a bill to modernize road infrastructure appeared after analyzing the results of the Defender Europe exercise.

Today we see Washington stepping up efforts to modernize and master transportation infrastructure in both the United States and Europe.

So, we can conclude that NATO’s activity looks like preparation for offensive operations in Europe. That creates risks and contributes to the growth of tension in the region. The policy, implemented by leadership of NATO member states causes consequences that pose a threat to the international security.